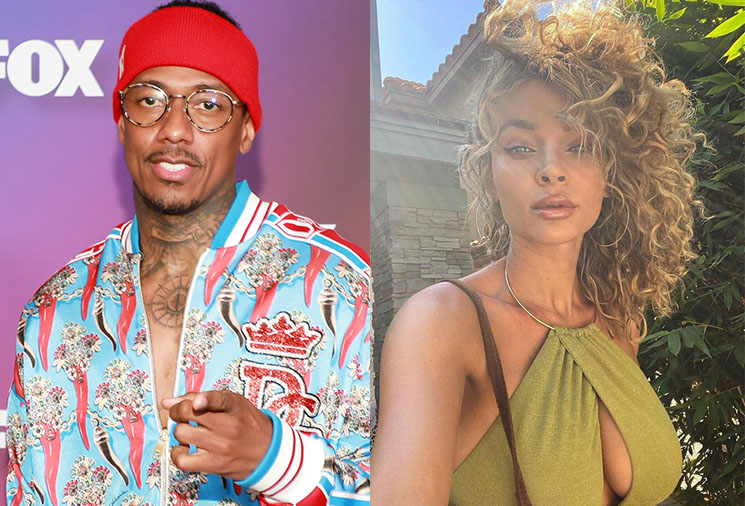 Alyssa Scott is expecting her third child months after her infant son Zen Cannon died from a brain tumor. If Nick Cannon is the father, her unborn child will be his 12th.

Alyssa shared a new photo showing off her baby bump on her Instagram page.

In the new photo, snapped by Nicole Arruda, Alyssa wears a blue strapless dress while holding her 4-year-old daughter, Zeela, from a previous relationship. She captioned the image: “With you by my side…”

Alyssa and Nick’s infant son Zen died tra’gically at just 5 months old on December 5, 2021. He was diagnosed with brain cancer after developing hydrocephalus (fluid on the brain).

The grieving father announced his son’s death on his talk show.

“Over the weekend, I lost my youngest son to a condition called hydrocephalus … brain cancer,” he told his audience. He praised Alyssa for being the “strongest woman” he knew.