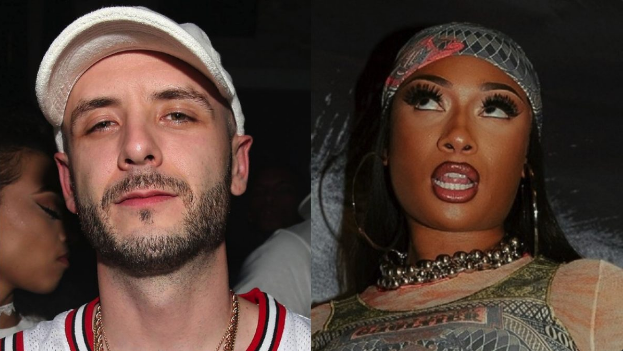 Noah ’40’ Shebib is standing behind Megan Thee Stallion amid her case with Tory Lanez – despite some seemingly contradictory bars from his OVO collaborator Drake.

While the trial with Lanez was still ongoing on December 20, social wellness organization On Canada Project shared a post in support of Meg that said they stand behind her and believe her. In the comments, 40 shared a clapping emoji and the hands of praise.

While nice, 40’s support has some fans scratching their heads, as he was very much involved in the making of Drake and 21 Savage’s Her Loss album that appeared to have a subliminal diss aimed at Meg on “Circo Loco.”

He also appeared to make another dig later in the song when he rapped: “Shorty say she graduated, she ain’t learn enough / Play your album, track onе, ‘kay, I heard enough.”

Of course, Megan graduated from Texas Southern University with a bachelor’s degree in health administration in December 2021.

Meg didn’t take the shade silently, however, and fired off a round of tweets upon hearing the song.

“I know I’m very popular but y’all gotta stop attaching weak ass conspiracy theories in bars to my name lol N-ggas nor hoes EVER address me or @ me WITH a fact or receipts,” she wrote. “I AM CLOUT BITCH keep sucking my pussy.”

When one fan pointed out that Drake seemingly referenced her by name by saying “stallion” in the song, she replied: “A stallion is slang for a TALL THICK WOMAN.”

Without naming names, Meg then slammed anyone using her getting shot as fuel for jokes and clout.

“Stop using my shooting for clout bitch ass N-ggas! Since when tf is it cool to joke abt women getting shot !” she wrote. “You n-ggas especially RAP N-GGAS ARE LAME! Ready to boycott bout shoes and clothes but dog pile on a black woman when she say one of y’all homeboys abu-sed her.”

She added: “And when the mf facts come out remember all y’all hoe ass favorite rappers that stood behind a N-gga that SHOT A FEMALE. People attack me y’all go up for it , i defend myself now I’m doing too much … every time it never ends and this did NOT happen until I came out and said I got s-hot … y’all don’t fwm okay cool fu-ck it bye.”

Tory Lanez was indeed found guilty in the felony assault trial related to the 2020 shooting of Megan Thee Stallion. He faces up to 22 years in prison and deportation to his native Canada.