Offset Was Presented With The Key To Gwinnett County In His Hometown of Lawrenceville, Georgia [Photo] 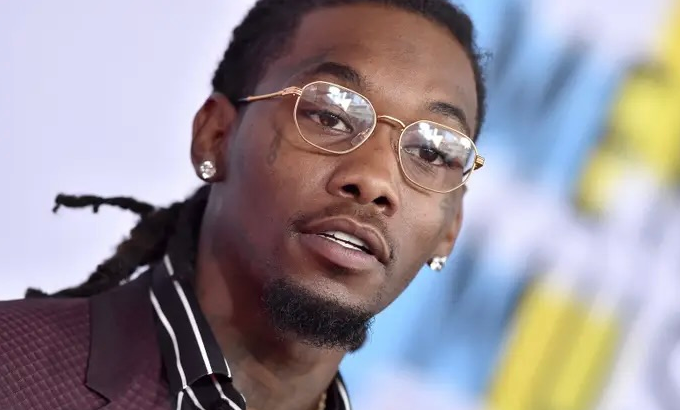 For years, rapper Offset (real name Kiari Kendrell Cephus) screamed his north Atlanta pride to anyone who’d listen. On each song he recorded as part of the hip-hop trio the Migos, the group would yell, ‘Nawf,’ a short-handed slang term for Atlanta’s north side. Finally, after nearly a decade and a half, his hometown is returning the love.

As reported by Fox 5, the rapper (whose real name is Kiari Cephus) hosted the event in his hometown last Friday (December 23) in an effort to provide for children in situations of hardship.

“I just wanted to give back to my community,” Cephus reportedly told the crowd. “Thanks to all the kids for always supporting me and always listening to me and always just being there for me, you know? Y’all hold me up. You know we’ve been going through a tough time, but God is good.”

In a separate statement given to Fox 5, Cephus said of his philanthropic endeavour: “I like to see when celebrities give back to the community, and you know, do their best to make sure that the kids get where they need to go.”

During the event, Cephus was addressed by David Still – the mayor of Lawrenceville, the Atlanta city that holds the Gwinnett County seat in local government – who presented him with a key to the city. Acknowledging the honour in a post shared on Instagram, the rapper wrote: “I’m going to make sure that I do more for my community not just holidays or a one time thing I want to be able to change it [sic].”

“Thank God for blessing me to be able to bless others it’s not just gift it’s help to my side the NAWF be a better place [sic].”

Last week, Cephus opened up about his emotional state in the weeks following the death of his Migos bandmate and cousin Takeoff (aka Kirshnik Ball), who was fatally shot in Houston, Texas on November 1. Cephus had previously shared an emotional tribute to his late compadre, and in the wake of Ball’s death, delayed the release of his upcoming album ‘Father Of 4’.

Cephus also paid tribute to Ball at his first concert since the latter’s death, a late-night club gig in Miami where he threw dollar bills into the audience and performed a host of Migos’ hits, including ‘Fight Night’ and ‘Bad And Boujee’.