Oldest person in the US celebrates her 115th birthday with her children, the eldest of whom is 90 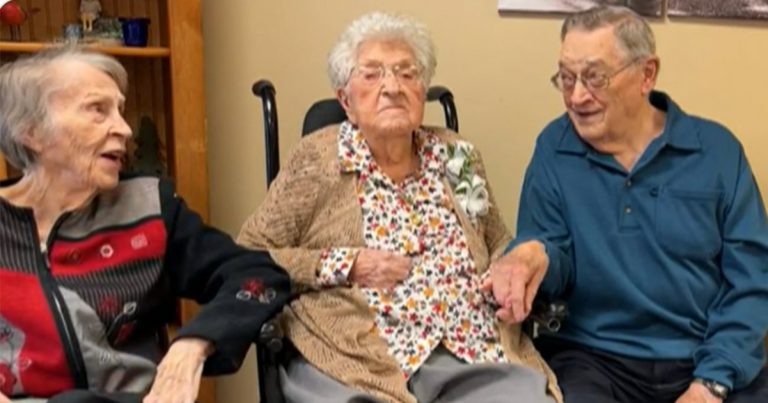 Bessie Hendricks, a resident of Lake City, Iowa has officially become the oldest person in the United States after celebrating her 115th! birthday on Monday, November 7.

According to reports, Bessie, born all the way back in 1907, has lived through a whopping 21 presidents, two World Wars, the sinking of the Titanic, man landing on the moon, and just about anything else that’s happened in the living memory of any human on Earth.

Bessie celebrated her latest milestone of turning 115 with a small gathering of her children, the oldest of whom is 90 herself!

“I don’t know how you put it into words,” Joan said of her mom’s big day. “It’s marvelous that we still have her.”

Joan also explained how Bessie was forced to take on an enormous responsibility while still a young girl.

“Her mother died when she was about 13, I think mom was about 13 years old,” Joan explained.

Leon Hendricks, Bessie’s son, said: “We used to wheel her around her in Shady Oaks, and every room we’d stop at she’d still sing ‘You Are My Sunshine.’

“And … the residents, look forward to it every day, too.”

According to the Gerontology Research Group, Bessie is now the oldest person living in the US. She’s also the 10th oldest person in the world.

Happy Birthday, Bessie! And many happy returns to you!

Please, join us in wishing Bessie a happy birthday. Share this article on Facebook if you want to send love and warmth.