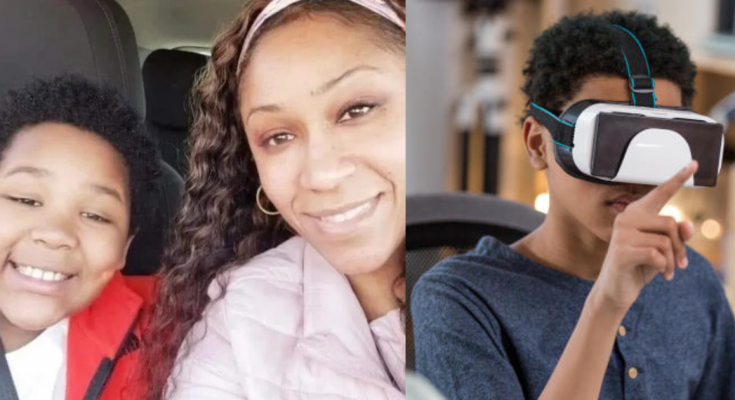 A 10-year-old boy from Milwaukee, Wisconsin has been charged as an adult for fatally shooting his mother. As reported by AP News, the child intentionally aimed a gun at his mother, then shot and killed her, after she allegedly woke him up too early and refused to purchase him a virtual reality headset.

The Child Had An Alleged History Of “Concerning” Behavior
According to Journal Sentinel, the boy, whose identity is being held, initially told police that the shooting was an accident. However, relatives were dissatisfied with the child’s story. And he eventually admitted the truth to authorities.

The child’s family allegedly told authorities that he received an “unspecified” yet “concerning” mental health diagnosis from a therapist. They say he also had a history of dangerous behavior, which included setting living room furniture on fire and swinging a puppy by its tail.

The Day Of The Shooting
The shooting occurred in the early morning of November 21, shortly before 7 a.m. The child told authorities that he took a gun from his mother’s bedroom and went down into the basement where she was doing laundry. He said he was twirling the gun in his fingers when it fired. The child then told his sister, who called the authorities.

Police allowed the child to stay with his family, and no initial arrests were made. A day later, relatives voiced their concerns.

According to the child’s aunt, he was knowingly in possession of keys that unlocked a box where the gun was stored. He also admitted that his mother reacted to the gun being pointed toward her prior to the shooting.

“Why do you have that? Put that down,” he recalled her saying.

According to his aunt and sister, the child never cried or showed remorse for his mother’s death. Instead, he allegedly logged into her Amazon account and ordered an Oculus Virtual Reality Headset, a day after the shooting.

The same day, he admitted to the crime, yet still lacked emotion.

I’m really sorry for what happened. I’m sorry for killing my mom.

The boy proceeded to ask if his Amazon package had arrived.

Wisconsin Law Allows Children To Be Charged As Adults For Certain Serious Crimes
According to Journal Sentinel, the boy was charged in an adult court last week. His charges include first-degree reckless homicide and he is being held in the county’s juvenile detention facility. His bond has been set at $50,000 and a status hearing is scheduled for next week.

The boy’s attorney, Angela Cunningham, believes that the “adult system is absolutely ill-equipped to address the needs of a 10-year-old child.” And says the entire circumstance is “an absolute family tragedy.”

This is an absolute family tragedy. I don’t think anybody would deny or disagree with that.

According to REVOLT, a local Wisconsin news station has identified the victim as 44-year-old Quiana Mann.

A 10-year-old boy in Milwaukee, Wisconsin has been charged as an adult after fatally shooting his mother. According to AP News, prosecutors argued that on Nov. 21, the child killed the woman after she refused to buy him a virtual reality headset.

In an article published yesterday (Nov. 30), AP News stated that Wisconsin law allows children as young as 10 years old to face charges as an adult for crimes that are serious enough. Because he is a minor, his identity has been withheld. The outlet noted that the boy’s lawyers can request the case be moved to juvenile court. For now, the suspect is in a detention center for children under 18 years old. Angela Cunningham is one of the attorneys representing him. “This is an absolute family tragedy,” she said regarding the situation. “I don’t think anybody would deny or disagree with that… The adult system is absolutely ill-equipped to address the needs of a 10-year-old child,” she added.

Local Wisconsin news station WISN-TV 12 identified the victim as 44-year-old Quiana Mann. Records allege the child was upset because his mother woke him up early before refusing to buy him the video game on the morning of the shooting, which occurred just before 7 a.m. At first, police believed Mann’s death was accidental, however, members of the child’s family soon raised concerns. The boy claimed he was playing with the gun and it went off, but his aunt went to authorities with troubling details. The child’s aunt told officials he had the keys to his mother’s lockbox which contained the gun. He also told the aunt that he pointed the gun at his mom. The child allegedly showed no remorse during his confession to his family.

The morning after he gunned his mother down, the young boy logged into her Amazon account and ordered the Oculus Virtual Reality Headset that she previously told him she would not purchase. He also physically attacked his 7-year-old cousin that same day while staying with relatives. WISN-TV 12 added that the child’s 26-year-old sister told police her brother had “rage issues” all his life and that he was seeing a therapist who gave him a “concerning diagnosis.” At 4 years old, the boy grabbed a dog by the tail and swung it around until it whimpered in pain. Six months ago, he filled a balloon with a flammable liquid and set it on fire, which caused an explosion in their Wisconsin home.

Because of his behavioral history and the therapist’s input, Mann installed cameras in the family home. Those cameras were recently unplugged. Upon hearing the family’s claims, Wisconsin police interviewed the boy again. That time, he admitted to aiming the gun at his mother to “scare her.” He added that he was also annoyed because she woke him up at 6 a.m. instead of 6:30 a.m.

In a second interview with detectives, the boy allegedly admitted he retrieved the gun because he was mad at her for waking him up early and not letting him get something on Amazon. He told detectives his mom walked in front of him when he tried to shoot the wall to “scare her.” The complaint also says he admitted to getting his mother’s keys for the gun lock box the night before.

Neighbors described the family as average. Steve Frisch has lived near 87th and Hemlock for more than two decades. His quiet neighborhood was shaken up last week when police arrested the 10-year-old.

“Still surprised when there’s a shooting around, (it is) usually (a) quiet neighborhood,” Frisch said. “(The family) just asked me how I’m doing and stuff like that.”

“Anytime there is a crime in the city, whether it’s by a 10-year-old or someone much older, it’s concerning,” Mayor Johnson said. “I don’t want people getting hurt. As for this case, I’m just learning about it. I got the details this morning.”

The 10-year-old has been charged with first-degree reckless homicide. If convicted, he faces a maximum of 60 years in prison.

He had his initial appearance in court on Friday and a cash bond of $50,000 was set. He will appear in court for a status hearing on Dec. 7.