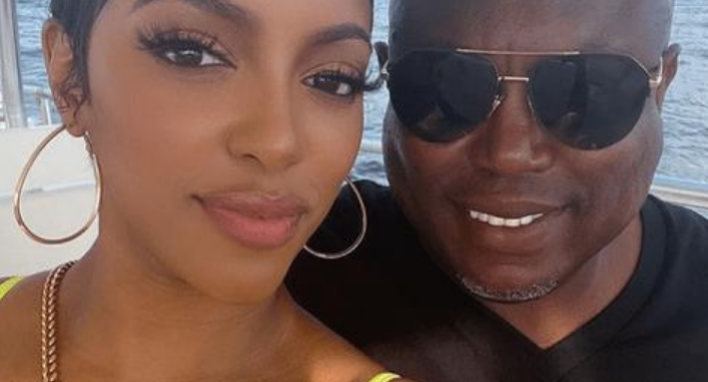 Porsha Williams and Simon Guobadia have made their relationship official.

On Friday, the reality television star and her Nigerian-born entrepreneur partner tied the knot in a traditional Nigerian ceremony at the Four Seasons Hotel in Atlanta. Roughly 250 guests showed up to witness the wedding, which has captivated blogs and Real Housewives of Atlanta fans for nearly two years.

Williams spoke exclusively to PEOPLE about her pre-nuptials, expressing that she was “calm and excited” about tying the knot with Guobadia. The couple has been the topic of controversy, with many accusing Williams of being a gold digger, while others have criticized the couple for allegedly backstabbing Simon’s former wife, Falynn Pina. Williams and Pina appeared to be friendly with one another during season 13 of RHOA. Nevertheless, Williams and Guobadia have moved past the drama and are looking forward to life as husband and wife.

“I know I’m marrying the love of my life, and it’s just going to solidify our relationship and our family bond,” the Go Naked Hair founder said.

Williams wore a deep red gown adorned with feathers and gold embellishments during the ceremony. She switched dresses twice during the reception, going for a blue ensemble followed by a gold dress. The 41-year-old and her 57-year-old requested their guests refrain from using their phones and enjoy the moment, though several clips from inside the venue have surfaced online. Fellow RHOA stars Drew Sidora, Kandi Burruss, Kim Zolciak-Biermann, and Cynthia Bailey were present for Williams’ big day.

Friday’s ceremony was the first of two, with the traditional American wedding taking place on Saturday, November 26th.