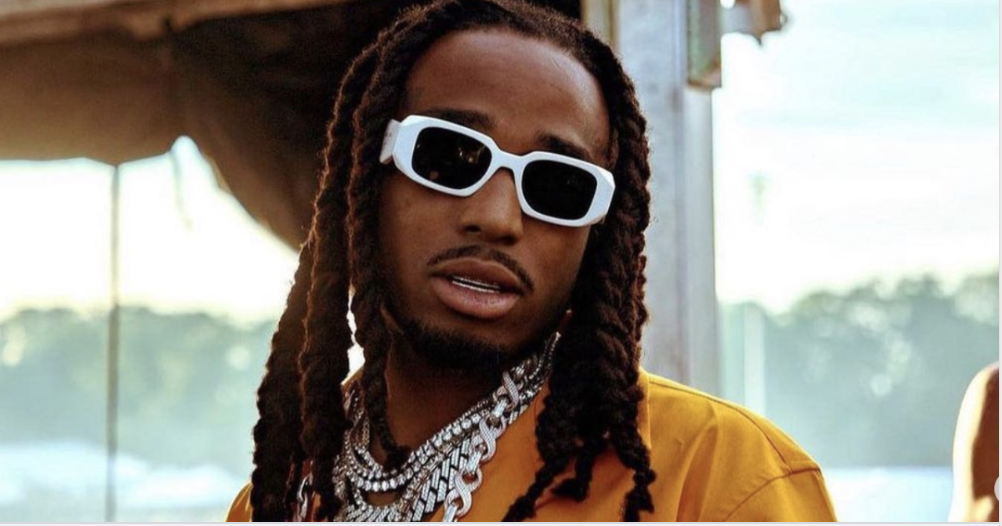 Celebrities are only humans after all, but that does not stop some of their fans from treating them like something more. Stans are a regular occurrence for some of the world’s biggest stars across music, film, and television. Many celebrities from Chris Brown, Ashanti, Mya, Willow Smith, and others had been caught in some scary situations with fans. Rapper Quavo is one of the latest to find out just how crazy stan culture can get with his very own stan.

A 2018 video from a Migos show displays Quavo’s initial interaction with one woman who was attempting to stage crash. The video is actually posted to her page and is simply captioned “@QuavoHuncho.” In the clip, you can see the lady trying to climb up to the front of the stage as Migos perform in the background. A security guard ran over to stop her, but when Quavo realized what had happened, he ran over and pulled her up to give her a hug and briefly danced with her. Friends in the comments told her, “I saw this s*** somewhere else and did not recognize who u were! Kishhh.”

Another woman began making posts in 2020 claiming to be Quavo’s fiance. In a post from March of that year, she shared a letter from Quavo addressing a show cancelation. He announced he would not be throwing the 3rd Annual Huncho Day on the Nawf due to the COVID-19 shutdowns going on that year. In her caption, the woman said, “My fiancee’s event has canceled this year, so I guess I will not be attending, but I will be there next year with bells on.”

The same lady made her feelings clear in a comments section following an exchange between Quavo and Saweetie, who were dating at the time. Saweetie wished him a happy birthday saying, “keep shining!!! So proud of u!! Love you for life!” Quavo responded, “love u 1000x,” to which his fan said, “and not a drop more.” The stan shared the post on her Instagram account three times (back-to-back) with various captions, she mentioned, “I guess I gotta keep reminding y’all other women my fiancee will never ever love non of y’all much as he love me.”

During one of their last interviews together, Quavo and TakeOff spoke with the folks at Big Facts Revolt about their wildest groupie moments. Quavo discussed having a bit of a stalker. He says, “She bout 40 years old. If she knew we’d be on Big Facts, she’d be outside.” Quavo says he embraces her because of her loyalty and that she tends to pop up whenever she knows where he is. The room shared a laugh before Quavo gave her a shoutout.

Other Quavo fans became aware of the woman and began leaving comments on her page calling her delusional. The fan often replies back. At one point she even tagged Saweetie to get her attention.