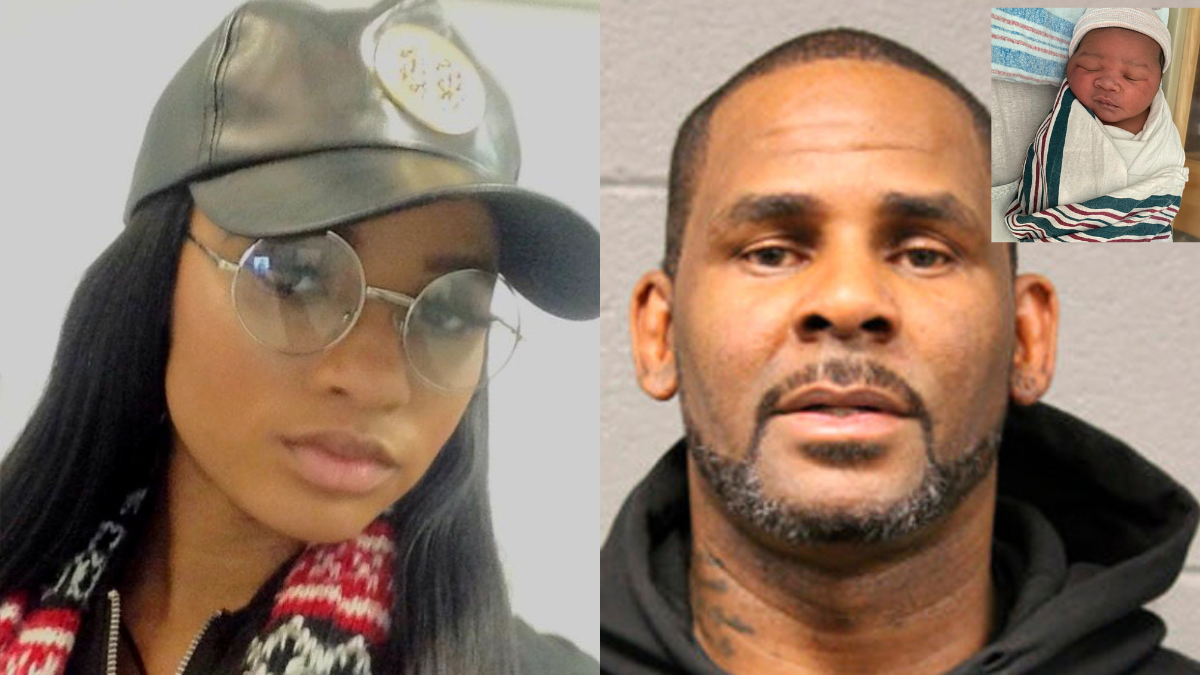 Just when you think 2022 can’t get any more strange. In December alone, we received a new album from R. Kelly, who’s been behind bars for three years.

Now we’re learning the disgraced singer has a new baby, and she was born last week. R. Kelly’s fiance, Joycelyn, just announced the birth of their baby girl, Ava Kelly.

R. Kelly has been in the news for the past week after a new album titled “I Admit It’ was released on all streaming platforms.

However, within hours the music was taken down, followed by Sony acknowledging the album was fake. Before being taken down the album reached number two on iTuns Charts.

Singer R. Kelly spoke publicly during a prison call and claimed he was being set up. If you recall, R. Kelly’s legal team is looking to have his Chicago case retried after learning a key witness lied while testifying on the stand.

So a new album, “I Admit It,” is the last thing the singer would want to release. According to the singer, the vocals used on the album aren’t his voice. R. Kelly also made it clear that he is not interested in releasing new music any time soon.

Now the singer is back in the news again. Earlier this year, R. Kelly’s girlfriend, Joycelyn Savage, surprised the world when she announced she was expecting a baby by R. Kelly.

Savage also wrote a letter to the judge in support of R. Kelly before his trial began, where she announced the two were engaged. The news confused everyone because R. Kelly has been locked behind bars since 2019.

R. Kelly’s attorney even denied the claims. However, according to Savage, the couple had been secretly doing IVF before Kelly went to jail because she was told she couldn’t have a baby.

Joycelyn Savage announced she was five months back in August 2022. She has also used her instagram to continue supporting R. Kelly and keeping fans up to date with his legal issues. On November 11th, shared news that R. Kelly could possibly be released from prison after his Chicago charges are dropped. She also released a statement following the release of the disgraced singer’s new album letting fans know her ‘fiance’ did not have any involvement in the album. According to Savage, the playlist was a list of songs to hold them over until his return.

Today, Joycelyn Savage announced the birth of her baby girl. In an Instagram post, R. Kelly’s fiancee shared an image of their bundle of joy captioned, “Ava Lee Kelly 12.08.22.”  We R. Kelly fans in the comments section congratulated Joycelyn on the baby while also acknowledging the baby was born one month before her father. R. Kelly or his legal team has not released a statement regarding the birth of his fourth child.

Joycelyn Savage was 19 when she met the singer.  R. Kelly shares three children with his ex-wife, Drea Kelly – Joann Kelly born 1998; Jaya Kelly born 2000; Robert Kelly Jr. born 2002. R. Kelly’s daughter, Jaya came out as transgender in 2014 and changed her name to Jay.  Check out the images of their bundle of joy below.

After sharing news of their baby girl, Joycelyn updated her bio to “mother| singer| god first.” We’ll keep you posted once R. Kelly makes a statement.