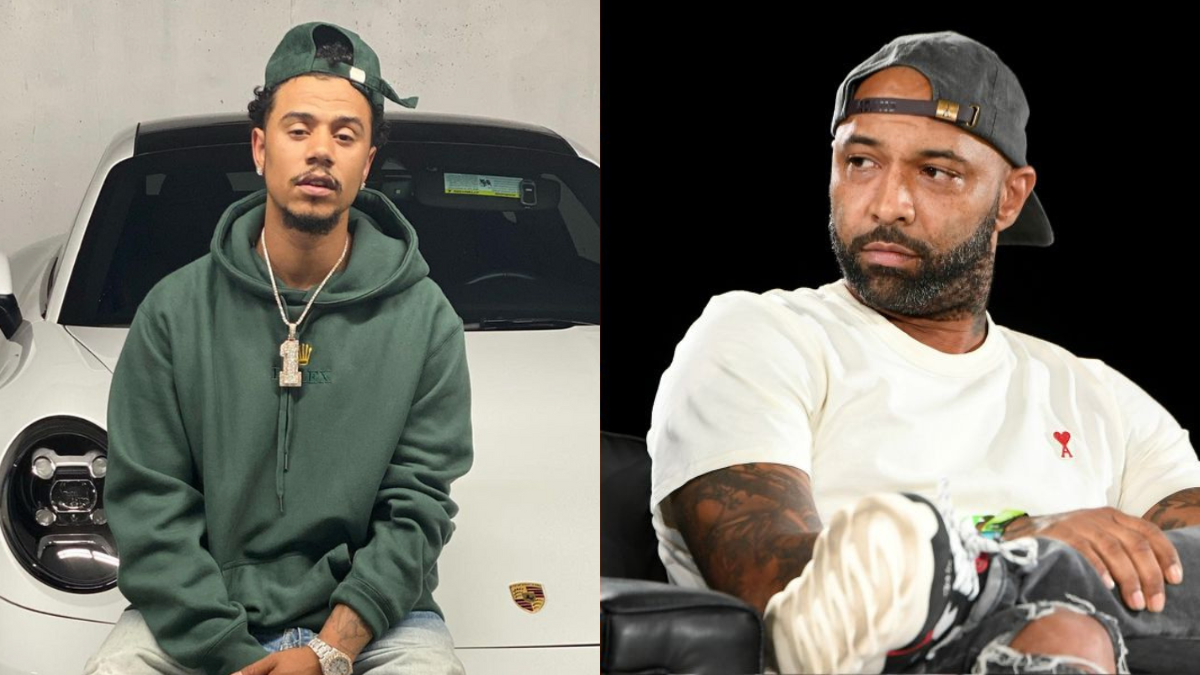 Is Joe Budden gay or is the former rapper just trolling fans? The reality television star and podcast host knows he’s got a strong audience in the LGBTQ community and likes to sneak in questionable remarks whenever he can to set their radars off.

Many questioned for years if the “Pump It Up” hitmaker plays for both teams, and his latest comments about Lil Fizz have people thinking he might be taking the joke a little too far or trying to come out finally.

While women like Blac Chyna and Bhad Bhabie have made millions off their work, male celebrities like Fizz and Omarion’s brother O’Ryan have been more prone to leaks and scrutiny. Fizz has had a few images hit the Twittersphere to some really bad feedback from fans.

The latest leak is questionable, and Fizz has already denied that the photo is of him. However, it has not stopped people from clowning him after his last set of leaks also got less-than-stellar reviews.

“Me finally logging on seeing why Lil fizz is trending  #LilFizz,” said one person, with a gif of TS Madison laughing. “Went to see what the Lil Fizz hype is about, and now I’m heading to bed,” said another. Most of the other comments are not safe for work.

Joe Budden reviewed the footage of Lil Fizz and asked his co-hosts why they did not bring it to him sooner. The men volleyed for a moment, laughing about Fizz’s choice to show his backside before one of the hosts asked Joe if he was feeling Fizz.

Joe responded carefully, saying that he does not like “skinny people,” alluding to men and women. When they all began laughing again, he asked the group, “what would I do with Lil Fizz,” before declaring, “I’d break that Lil boy.”

Fans in the comments had mixed reactions wondering if Joe Budden is gay. “This is weird to say,” said one woman, while others wondered if Joe was still trolling or just trying to come out at this point.

“Clickbait is at an all-time high , said another. A few months ago, Joe Budden went viral for saying he was bisexual and then defended his right not to define himself in a Math Hoffa interview. “It’s not your job to pull me out the closet,” he told Hoffa before saying, “Only in Hip-Hop do [people] think that is not an invasive question.”

Elsewhere in his review of Lil Fizz leaked content, Joe joked that he would have “fizz coming out of Fizz.” Adult entertainer turned television personality TS Madison jumped in the comments saying, “I’d like to see it .” Another person said, “The uncomfortable laugh tells it all…he meant that.”  Despite many people believing the individual in the images is Lil Fizz. The former B2K member denies it. Lil Fizz took to his Instagram to deny the photos and call out fans for trying to hurt him. “This crazy, the levels these chicks will go to, to try and destroy and ruin you. Wow unbelievable! Y’all have a happy holiday; that is NOT ME!”

Lil Fizz has been quiet on social media since the images were released. The rapper has not responded to Joe Budden’s interview.