Rapper T.I. Claims Tiny Is Not Allowed To Pay Any Bills, No Matter How Much Money She’s Making 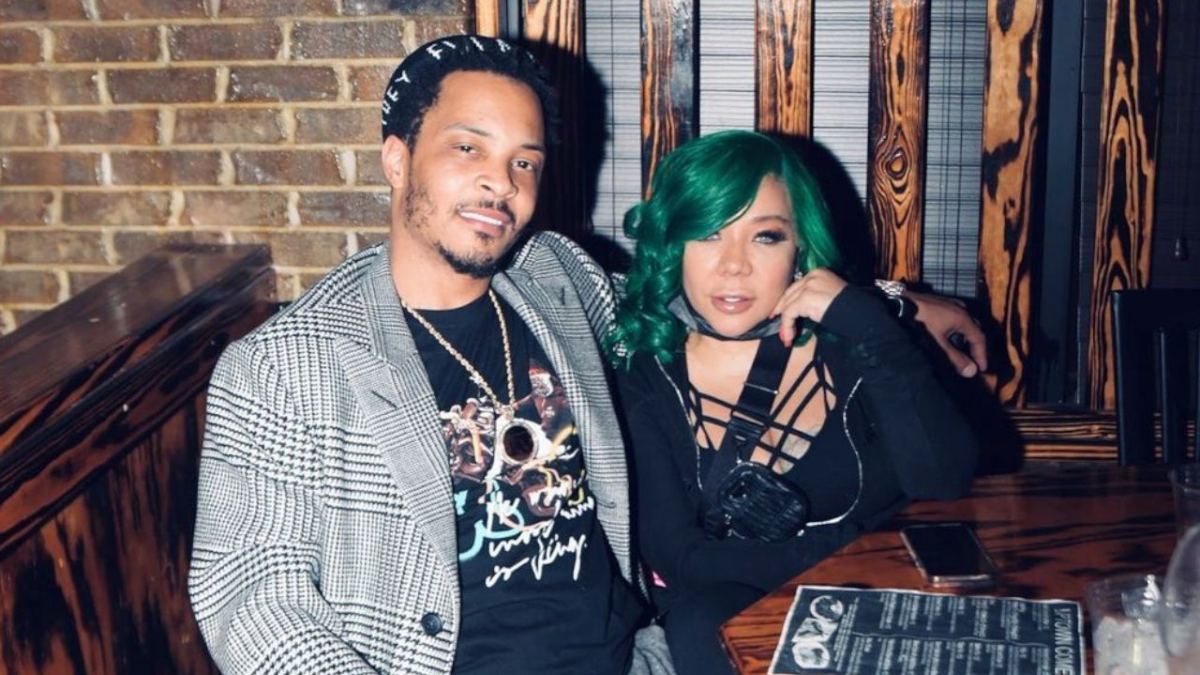 T.I is a very successful entity in music. The rapper has racked up hit records, successful films, a popular reality show and is now a force in the podcast world.

This should not take away from his wife Tiny Harris, however, who is a mega earner in her own right. Tiny was a member of the successful girl group Xscape.

She then broke out as a songwriter alongside group member Kandi Burruss and helped pen the mega-successful “No Scrubs” for TLC. She now enjoys a pretty consistent career as a reality star and television personality amongst several other business ventures.

Tiny and T.I began dating in 2001, the same year he dropped his debut album. Tiny was already an established star but took the backseat to watch her husband’s career take off while she built a home for them and their growing family.

Tiny Harris star took off well before her husband, meaning that for a while, she was the breadwinner between the two of them. Born Tameka Cottle, she is currently estimated to be worth around $5 million.

She experienced a nice payday in 2018 when Ed Sheeran added her and Kandi to the writing credits of his hit “Shape of You,” following fans pointing out similarities in melodies between it and “No Scrubs.”

It’s unclear how much Tiny made before T.I or if she ever supported him during the beginning of his career, but these days T.I makes sure that he is taking care of his lady. Despite Xscape hitting the music scene in 1991,

T.I. didn’t release his first album until 2001. Since his debut album, T.I. has made a name for himself launching his own record label, winning three Grammy Awards, 11 studios albums and various top ten Billboard hits.

Outside of music, the rapper has been featured on Forbes top earning hip hop artists list four times for various business ventures including his former nightclub in Atlanta, clothing line, strip club, endorsement deals, and partnerships –

all contributing to his current net worth of $20 million. As a result of this, T.I has put himself in a position to be able to properly care for himself, Tiny, and their large blended family, which includes seven kids.

T.I recently sat down with 21 Savage on his podcast Expeditiously, where he discussed his expectations for other men based on how he runs his household. According to T.I, while he understands that women can be leaders and heads of the household, he prefers to be the one in control. As a result, the rapper refuse to allow his wife Tiny to pay any bills in their home. “Men are supposed to be in positions of leadership. I’m just telling you what my expectations of myself is as a man, that’s gone set the standard of what I expect to see from other men. Even if she can pay it. my wife ain’t allowed to pay no bills. If I can’t pay the bills..that’s an issue”