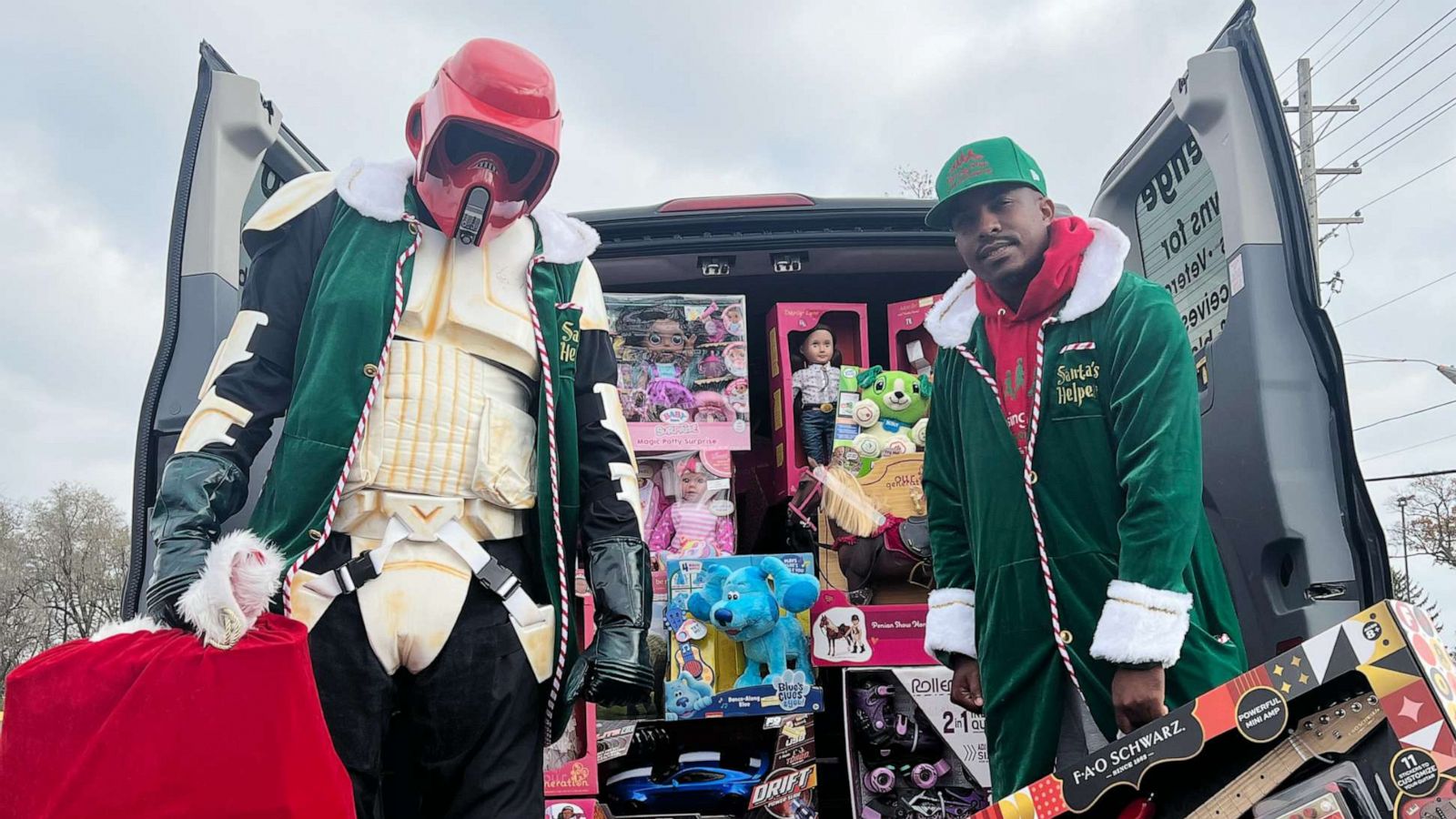 The duo behind A Future Super Hero and Friends is making sure underserved children, older adults, veterans and even animals are getting some Christmas and holiday cheer this December.

This is the fourth year Williams and his partner, Rodney Smith Jr., have crisscrossed 50 states in 20 days to connect and help others. This year Williams dressed as a Scout Trooper elf for the journey while Smith was his elf helper. 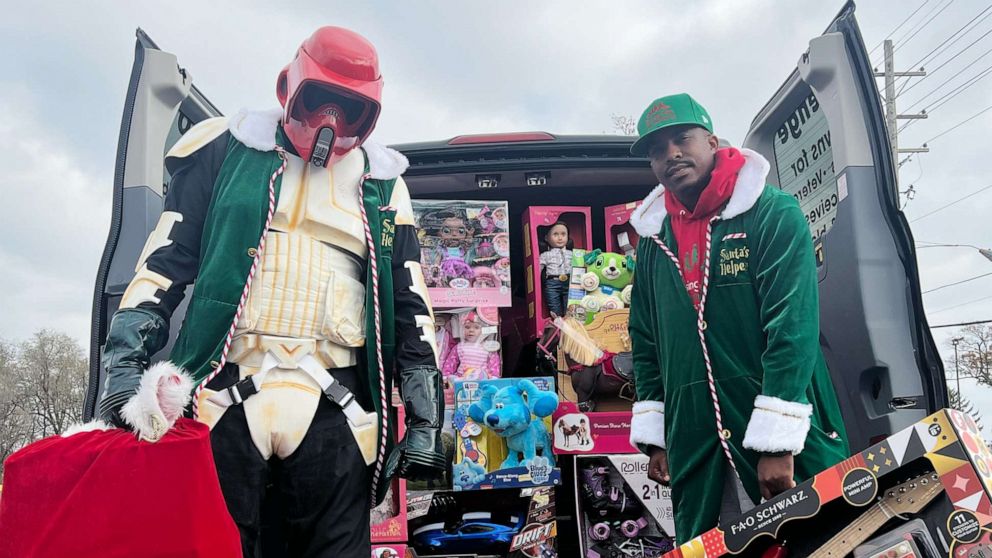 Yuri Williams and Rodney Smith Jr. have been dressing up as a superhero and an elf to surprise people and animals in need with gifts, donations and much-needed support. Together, they are the duo behind A Future Super Hero and Friends annual holiday tour.

“It all started from [when] I lost my mother to an eight-year battle with cancer in 2009. I fell into a five-year depression period and decided to create this nonprofit to service veterans, children with special needs, children with disabilities, those battling illnesses, the hospice community, seniors and even animals,” Williams told “Good Morning America.”

As they did in 2017, 2018 and last year, the duo started their trek in Kentucky with Smith driving them through the continental 48 states, first through the western states before tackling the eastern states and then flying to Alaska. Along the way, they made home visits, visited animal shelters, stocked up on toys, took photos with each state sign but most importantly, spent time with the people and animals who needed it the most. 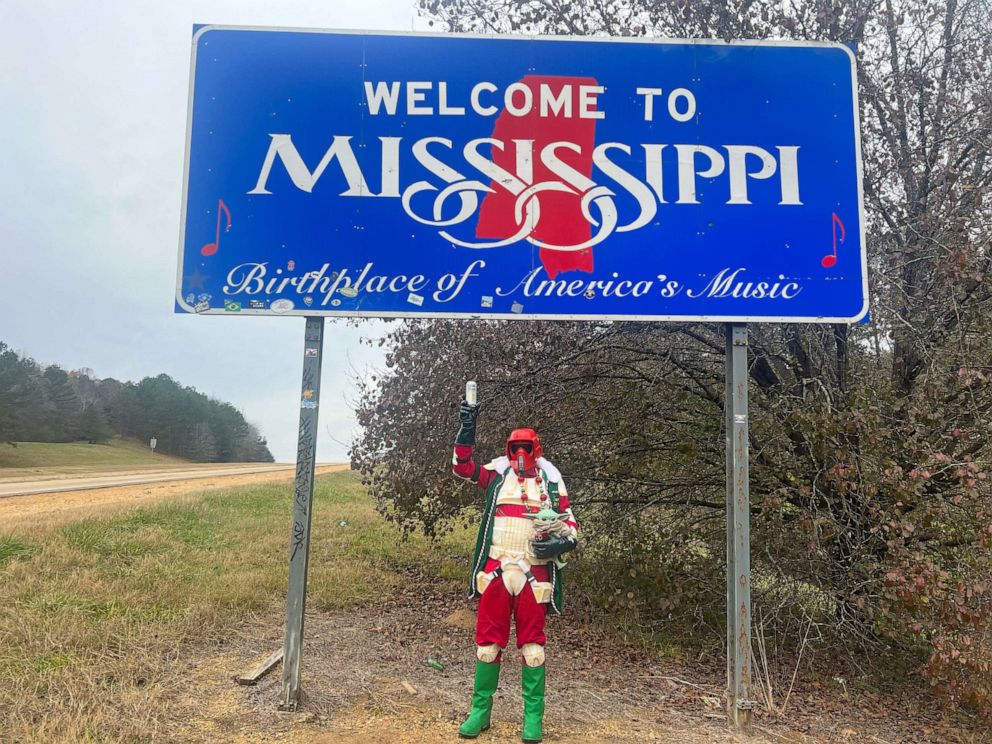 For a fourth year, Yuri Williams and Rodney Smith Jr. have been traveling to all 50 states to spread holiday cheer, gift donations and more. This week, they reached their final state — Hawaii.

Smith said their mission is to make a difference and it’s what keeps the both of them going, even when they barely get any sleep in the process.

This past Monday, they completed their final visit for 2022 in the Aloha State, where they met two children in need at a Marriott hotel in Waikiki, including 6-year-old Jaysden.

Jaysden was diagnosed with medulloblastoma, a brain tumor cancer, in April and has received proton radiation therapy. He is also undergoing chemotherapy, according to his mom Xena Kaeo.

Although shy, his mom said her son was surprised and excited to be showered with presents from Williams and Smith, including his favorite – Pokémon cards. 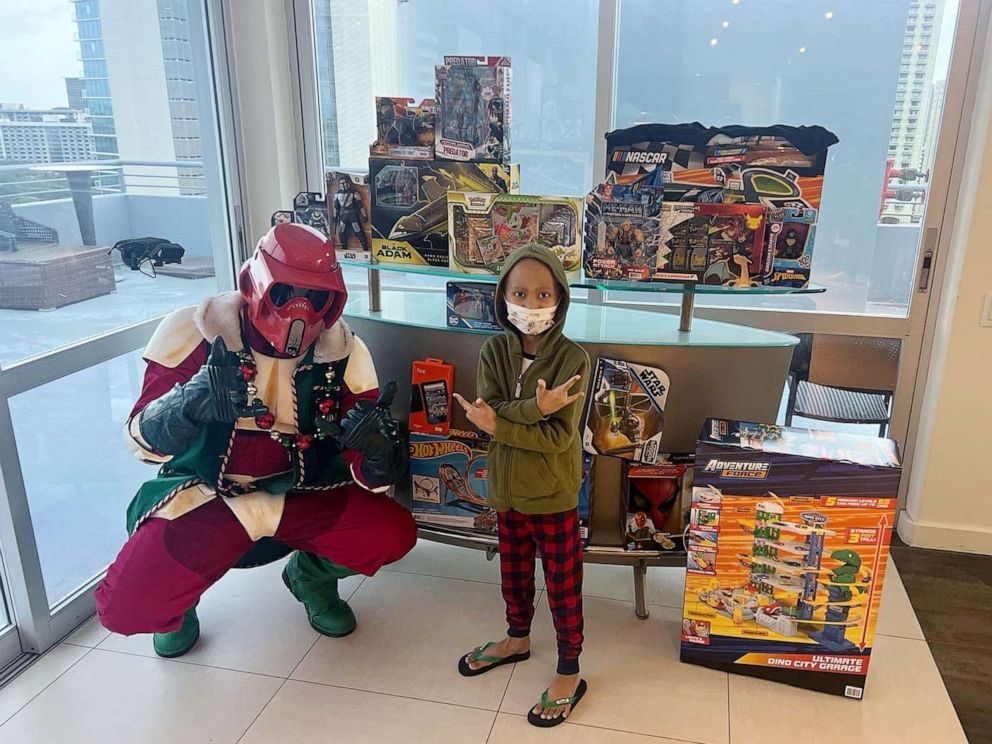 Jaysden posed for a photo Monday with Williams and the multiple Christmas presents he was surprised with.

“It made his Christmas much more brighter,” Kaeo told “GMA,” adding that he opened some gifts but is saving the rest for Christmas.

“He was kind of shocked at first inside because you could just tell on his face like, ‘Wow, this is a lot of toys’ and it took a minute for him to warm up but after after a couple of minutes, he began to warm up and talk to us and just share how happy he was,” Williams added. 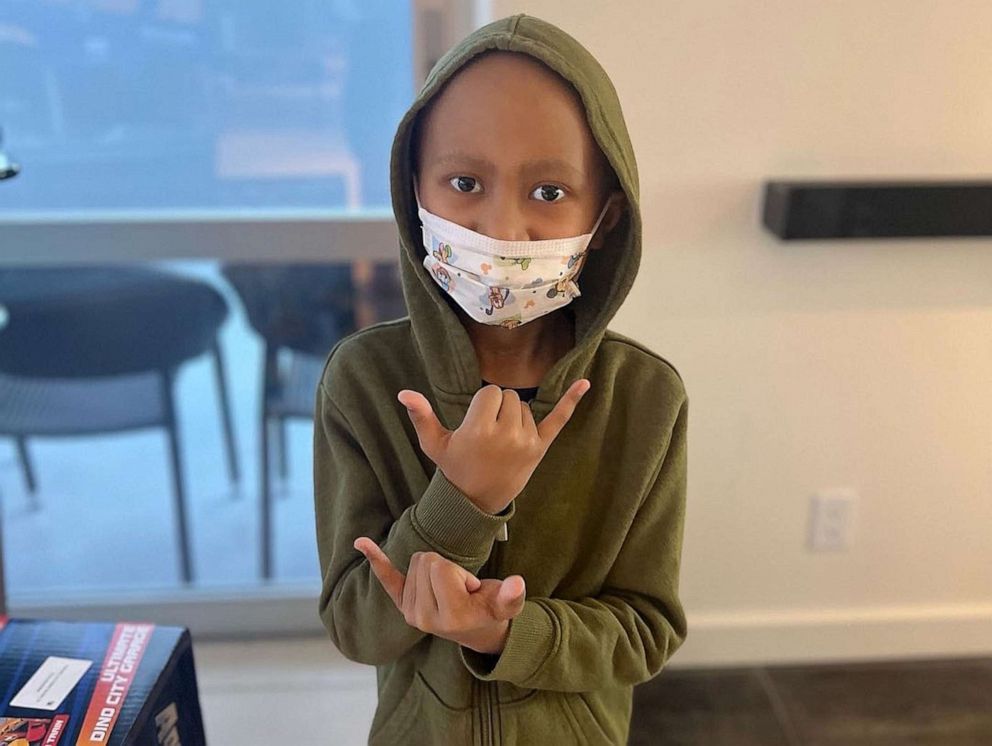 Jaysden is one of the many children Williams and Smith surprised on their 50-state holiday tour.

Kaeo said she was so moved by the generosity of A Future Super Hero and Friends and the Secret Santa Project of Hawaii, which helped coordinate the meeting, that she couldn’t stop crying when Jaysden was surprised with his presents. “I was very overwhelmed with joy,” she said and she’s grateful to both organizations for making her only child’s Christmas one to remember.

Williams has since returned to his home in California but is already looking forward to 2023. He hopes to make A Future Super Hero and Friends his full-time focus.

“I don’t look to get paid to do this. It’s just healing for me for losing my mother, just keeping her name alive by doing this,” he said.

“My 14-year-old daughter … every year I ask her if it it’s OK if I go, you know, leave for at least 20 days. If she tells me no, I won’t go, but she always gives me the green-light and says, ‘Do your best, Dad. Go help these other people,’” Williams said. “She’s a big supporter of me as well.”