Russell Wilson Continues To Ignore Haters, Pours Heart Out To Ciara In Birthday Tribute:’I Love You So Much’ 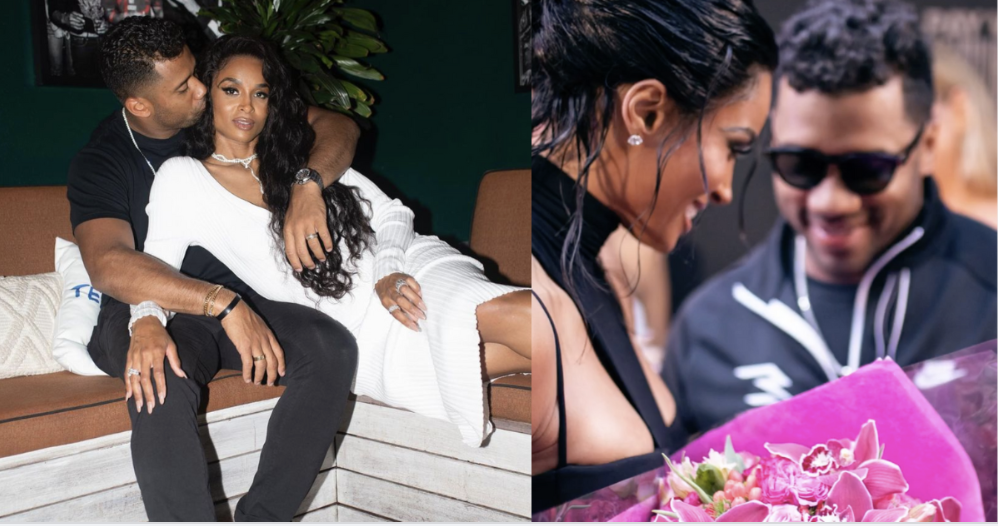 Russell Wilson and his wife, pop star Ciara are famously unphased when it comes to people’s opinions on their union. From the first time they stepped out together, people have given them flack. Now, years later and happily married, some people just cannot seem to give them a break, especially while her ex-fiance Future is still out and about. To make matters worst, Wilson is starting to feel the heat on the field as he is not performing up to the standard he is known for.

Black men have been notoriously hard on Russell Wilson. Not deemed “cool” enough by his peers in sports or his wife’s peers in music, Russell Wilson got a lot of blowback for his smiley demeanor, the way he chooses to style his hair, and his decision to step up and love on Ciara, and her son Future Jr. Its the weirdest flex by men like Future and former football star Channing Crowder who have made careers out of bullying him.

Crowder has gone on record a few times discrediting Russell. He claims, as a fellow Atlantian, that he does not see how Russell could bag a girl like Ciara. Crowder also says he would not personally hang out with Russell because he wears mousse in his hair. Future has also criticized Russell for how quickly he took to his son and how he let Ciara speak ill of her ex in the media. He’s taunted the couple by taking stabs at them on record and even parodying their relationship in a recent music video.

Meanwhile, the drama has spilled over onto the football field a few times. DJs and opposing team members have tried to make Russell uncomfortable by playing his wife’s ex-fiance’s music. Future has a big fan base in sports. Guys love to play to his music because of its high energy and aggression. This has led to some awkward times where Russell and Ciara have flat-out walked out of parties where Future’s music was playing or had to ask DJs to stop playing it during his games.

His issues on the field are getting a little worst now that fans are actually turning against him. Russell Wilson recently signed a new deal with the Denver Broncos after being with the Seattle Seahawks for the better part of his career. It was a massive win for his bank accounts, with the new deal being worth $245 million and including $165 million guaranteed. Unfortunately, fans are happy to see him sidelined after a recent hamstring injury.

According to Deadspin, “The Denver Broncos have decided to deactivate Russell Wilson for their Week 7 matchup against the New York Jets due to a hamstring injury, and it could be the best move they’ve made all season. After a 2-4 start to the year, Wilson hasn’t nearly been the guy the Broncos thought they were trading for on the field.” Sources say he is putting up the worst numbers of his career, with Wilson hitting targets at just 56.6 percent this season.

Despite all the backlash between Future and his poor performance this season, he continues to be the man everyone loves to hate showing his wife all the love on IG for her Birthday. “God blessed the world on this day with you. I love you so much. You inspire the world!” he told her in an image of them kissing while seated on the back of a car. Some fans didn’t care and still taunted him under the image, saying, “learn how to throw.”

Ciara replied to the sweet tribute calling Russell her ‘sweet love.’ My sweet love, you mean the world to me! My heart is full because you, our babies, God, and Jesus. It’s all I need in this life! Thanks for loving me the way you do. Nothing better than being with you on this special day! I love you so much!” the R&B singer stated.

Russell Wilson was mostly praised in the comment section. However, some fans took an opportunity to call out the NFLer’s performance on field. “Bruh take a break from social media, stop being a bot, show some emotion and please for the love of god do what we’re paying you to do here,” one fan stated while another one commented, “Score a touchdown pls.”