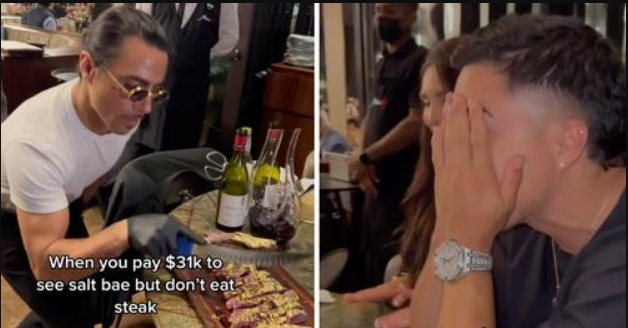 A diner at one of Salt Bae’s restaurants has recently shocked everyone after posting a snapshot of his bill at the end of the night… And let’s just say it’s going to leave a dent in his bank account.

Salt Bae – real name Nusret Gökçe – found fame after going viral with his unique and theatrical way of salting meat, by rolling the grains down his forearm.

He then utilized his newfound fame to expand his restaurant business – but enjoying a meal at Nusr-Et often comes with a hefty bill attached.

TikToker Mitch, who goes by the username @mitchthird, recently took a trip down to Nusr-Et steakhouse in Dubai where he and a friend sat down for a meal and ended up spending 12,000 AUD – which totals up to approximately 8,000 USD.

♬ som original – starboy
And the worst part of it is that he doesn’t even eat steak!

Salt Bae’s restaurants are notorious for their gold-covered cuts of meat, but it seems while Mitch wasn’t in the mood for one he ordered it anyway – and by doing so, added another few thousand dollars to his receipt.

In the clip, you can see Salt Bae come over to cut up the steak before doing his iconic salt sprinkle, which the audience seemed to enjoy, but I can’t imagine paying thousands of dollars to see the gimmick live.

Mitch captioned his video: “When you pay 31k to see Salt Bae but don’t eat steak,” and later went on to joke that he should have checked the prices for red wine.

According to News.com.AU and The Sun, the motivational coach splashed out approximately $52 for a cheese starter and $16 for a small side of mashed potatoes. And let’s not even talk about the fact that he paid $27 for water, $20 for sliced avocado, and $12 for spinach.

Twelve dollars for spinach? Could never be me.

They also spent $106 on two single tequilas and $6500 on two bottles of burgundy.

The bill also included two gold-leaf steaks costing almost $1600 and a chicken dish for an extra $67.

Beyond just the food, the pair also paid a hefty service charge, with the total coming up to 31,475 dirhams which converted to US dollars is a whopping $8,136. 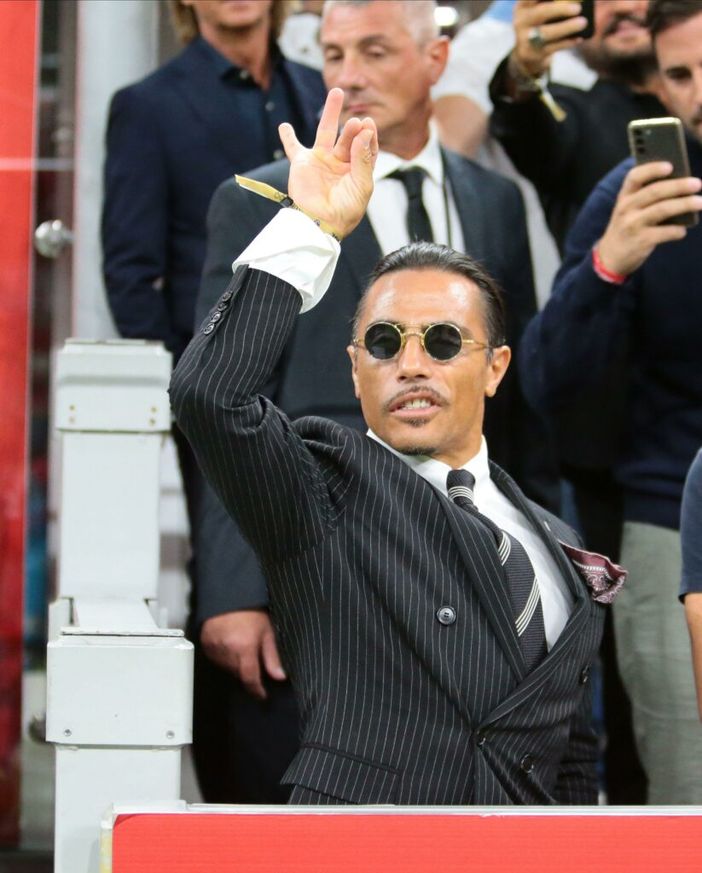 Of course, Mitch’s followers were left speechless at the sight of the bill.

“I don’t mind paying quality food but this is just overpriced circus,” wrote one user.

“Imagine paying 24k for a 500 dollar bottle of wine lmao,” laughed another.

A third added: “It’s the ‘service charge not included’ circled for me,” while another TikTok user commented their shock that people were still obsessed with a “washed up meme.”

“People deadass still paying for a washed up 2015 meme lmfaoo.”

Salt Bae originally rose to fame on January 7, 2017, the day he posted a 36-second video to Instagram titled, “Ottoman Steak.”

The clip immediately went viral for the unique way the Turkish chef sprinkled his salt and five years later and he’s managed to expand his business as well as his personal brand, entertaining the likes of Leonardo DiCaprio and David Beckham with his shtick.

“I was always wishing and wishing to open up a restaurant,” Gökçe told NBC News and in 2010, he did just that.

According to the outlet, Salt Bae opened his first Nusr-Et steakhouse in the Etiler neighborhood of Istanbul, which at the time only had eight tables and 10 employees.

Fast forward a few years, and he now has 22 places dotted all around the world. 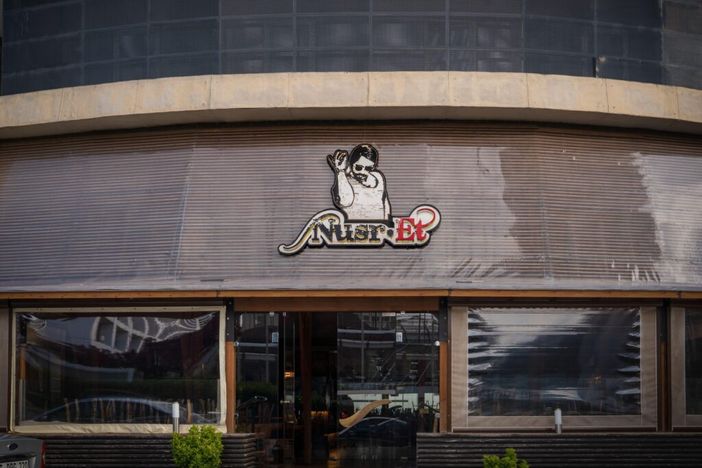 Despite his success, the 39-year-old has somewhat remained humble.

“My life hasn’t changed now. I still keep going to work from the morning until midnight.”

With prices like these, he could probably afford to take a few days off…