Samuel L Jackson & Wife Made It to 42 Years after She Didn’t Leave Him at His Lowest: ‘I Was like the Troll’ 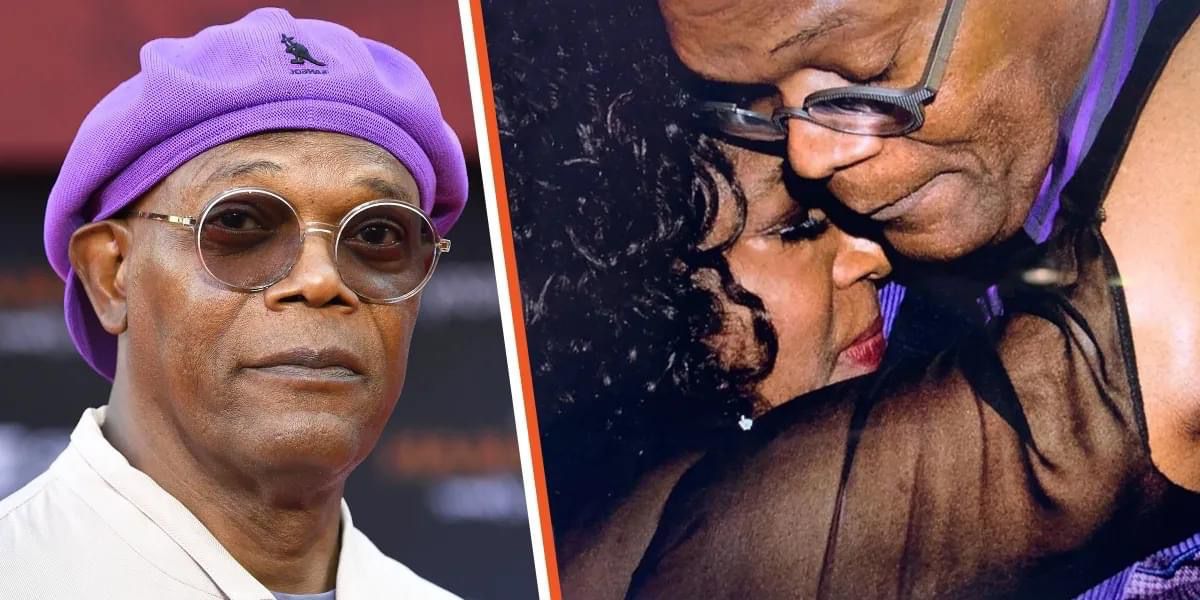 Samuel L. Jackson and his wife have been married for over four decades; however, their union has had its fair share of ups and downs. She stayed by his side when he was at his lowest and helped him figure out his best chance at staying alive.

Samuel L. Jackson is a famous movie icon married to a former actress named LaTanya Richardson. Richardson had a great career before she decided to retire. She was also in the acting scene long before her husband. While active, she reportedly featured in over 30 movies and up to seven TV shows.

Jackson and Richardson met while she was studying theater in Atlanta at Spelman College, the sister school of the college Jackson was attending. The pair had different circles of friends and fancied different things, with Richardson preferring theater acts while Jackson loved movies.

Although they had different tastes, this did not stop the sparks that erupted between them after they met in a drama program. They started dating after, and in 1972, Jackson graduated.

Some years later, the pair moved to New York, searching for greener pastures, and started pursuing their careers. After four years, Jackson and Richardson married and welcomed a daughter named Zoe.

Welcoming a child was not a decision Richardson made lightly, and according to her, she shed a lot of tears because she chose to tend to her family rather than focus on her acting career. As her husband’s career took off, she threw all her energy into their family.

Richardson was not about to let nannies raise her kid, so she decided to give up on her dreams and become a stay-at-home mom. It was an honorable sacrifice which is why the talented woman was wholly committed to the union’s success.

Being an actress herself, she was well aware of how admired her husband was, especially by his female fans. Richardson also knew how much Jackson loved women, which made her constantly looking out for threats to their home.

If she found lewd texts on his phone, she would question him about it, and whenever she found fans who seemed too familiar, she would advise them to “leave it there.”

Being with Jackson Was a Challenge

Despite all the sacrifices Richardson made for her family, her marriage to Jackson was still full of ups and downs, many of which were caused by Jackson.

Ptolemy Grey was a character with Alzheimer and playing him meant that Jackson had to revisit his experience with his mom.

He had gotten addicted to drugs early on in their marriage, and according to him, at the time, he was emotionally present for his family. Thankfully, they never gave up on him, and now the actor believes that his family helped him become a better man. The actor recalled how he had been thus:

“I was like the troll in the basement, and every now and then, I’d come upstairs and hover around to do something. I was addicted and being crazy.”

Richardson insisted that he get help at rehab and even went as far as making calls to get him a spot. It was a gesture Jackson never forgot. He said:

“She didn’t have to try to fix me. She could’ve just said, ‘Get out,’ and left me into the world, let me go and be whatever I was going to be.”

Richardson had refused to leave him to his vices because she believed it was not the Lord’s will to leave Jackson helpless. She thought God wanted her to help him and afterward decide if she still wanted out, which is exactly what she did.

She stayed back then, and their marriage endured. Since then, the pair have become a formidable couple in Hollywood with years of experience when it comes to navigating the ups and downs life throws at them.

People Thought He Had Cancer

Besides helping him beat addiction, Richardson was also by his side when the actor decided to adopt a hardcore vegan regime. The decision had physical effects on him; at some point, it seemed like he was losing too much weight. He said:

“Because I was losing weight, people thought I was dying. They feared I had cancer, but I was just on a hardcore vegan regime.”

This caused people to speculate that he had cancer; however, he did not. He refuted those rumors when he revealed how his doctors had warned that adopting the vegan diet was his “greatest chance of staying alive,” and it worked.

Jackson made the changes at the time because he discovered he had a potentially fatal blood clot near his heart, which required him to change his habits. The diet helped him lose weight and achieve other overall health benefits.

Jackson is a bit safer from the blood clot, but unfortunately, he still has other underlying health issues to worry about. Earlier this year, he opened up about his fears of developing dementia, a progressive condition that usually gets worse with age.

His fears are justified. Alzheimer’s disease seems to run in Jackson’s bloodline, and the actor lost his mother, aunt, uncle, and grandfather to it. In a past interview that Richardson accompanied him to, she mentioned the disease and how painful it was to watch his mom endure it.

She called it “an insidious disease” that is “horror to watch,” and it happened to someone close to them. This is why Jackson found it easy to tell the story of Ptolemy Grey, a character he plays in the limited series “The Last Days of Ptolemy Grey.” Ptolemy Grey was a character with Alzheimer and playing him meant that Jackson had to revisit his experience with his mom. He said:

“I was creatively interested in telling the story of someone with Alzheimer’s that was able to make the choice to take a ‘fantasy’ drug that would give them their memories back, no matter the cost.”

His main goal in acting out the role was to show people that those with Alzheimer’s were still themselves and that people needed to show them better love and care.

Regardless of what happens in the near future, fans can rest assured that Jackson is in good hands because his wife will remain by his side no matter what. Theirs is a shining example of how much love can conquer when it wins.