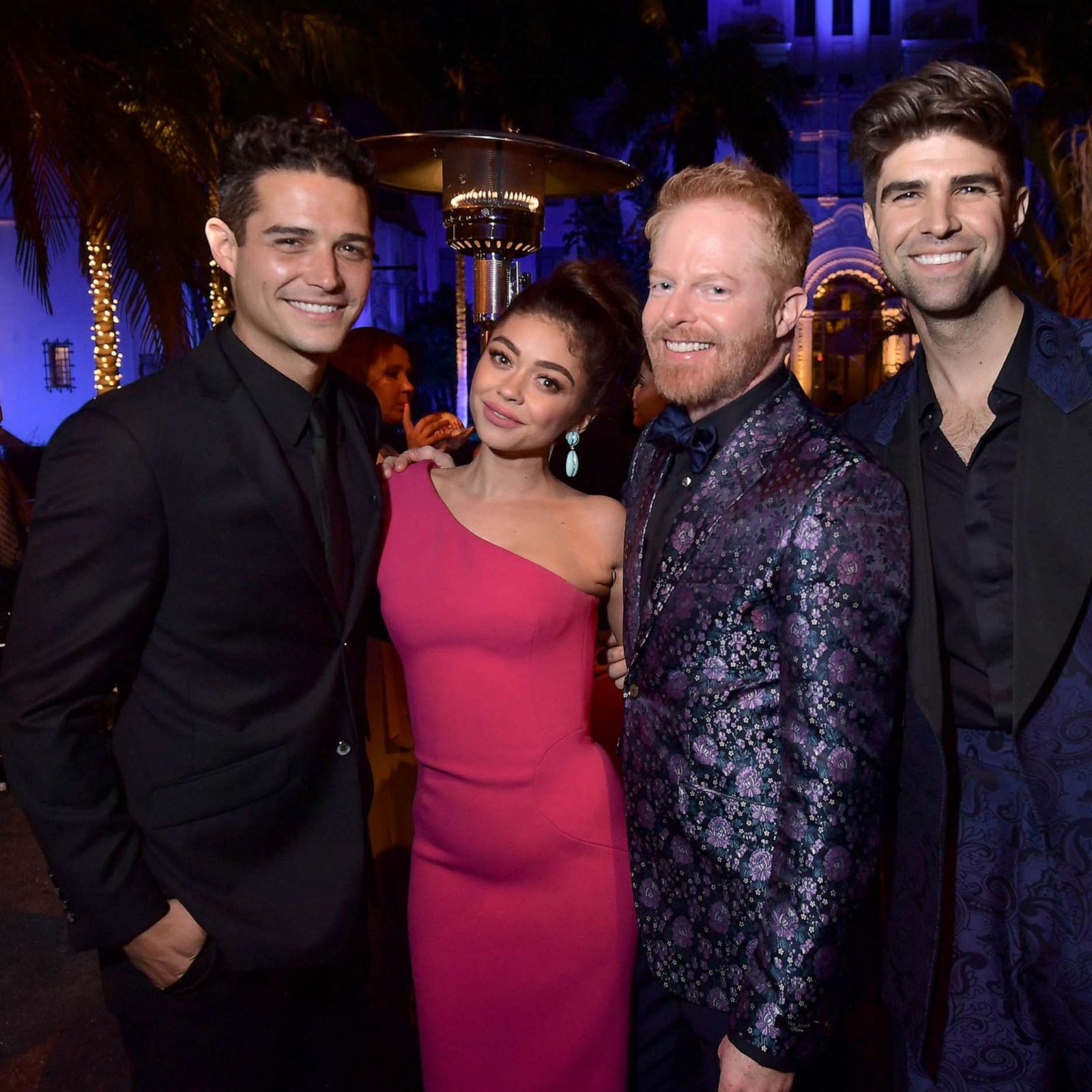 “These are a few of my favorite things (people),” Hyland captioned with a Santa and heart emoji. 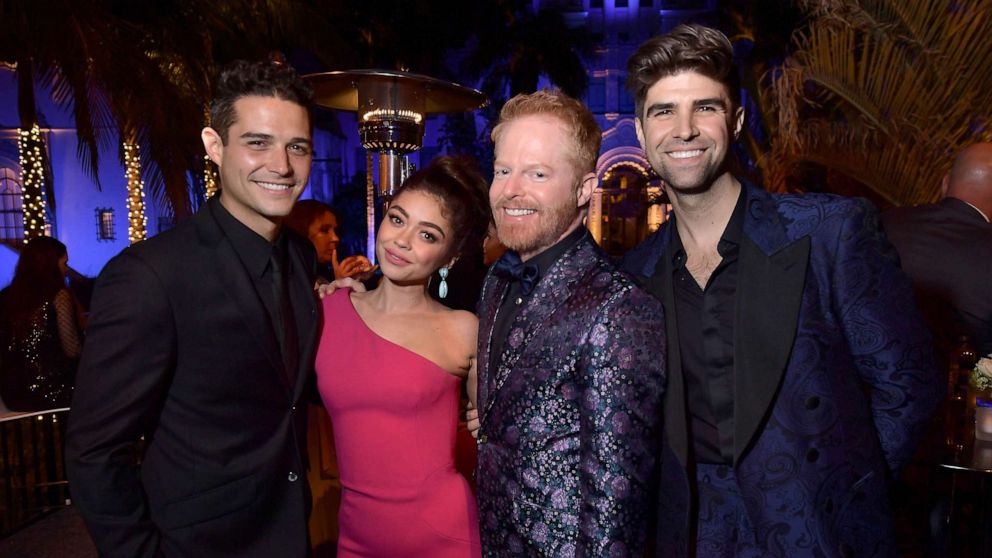 Ferguson, who is currently starring in “Take Me Out” on Broadway, welcomed Sullivan into the world with Mikita last month via a surrogate.

He shared the news in a joint Instagram post thanking Dr. Shahin Ghadir, an infertility and reproductive endocrinology specialist.

Ferguson and Hyland, who starred in the hit ABC sitcom “Modern Family,” which aired for 11 seasons, have a close friendship. Earlier this year, Ferguson officiated Hyland and Adams’ wedding.

“To be married by @jessetyler was a dream and a privilege,” Hyland wrote on Instagram at the time. “Jesse, you have been such an amazing friend, mentor and an integral part of our lives… Our wedding truly would not have been as special without you.”