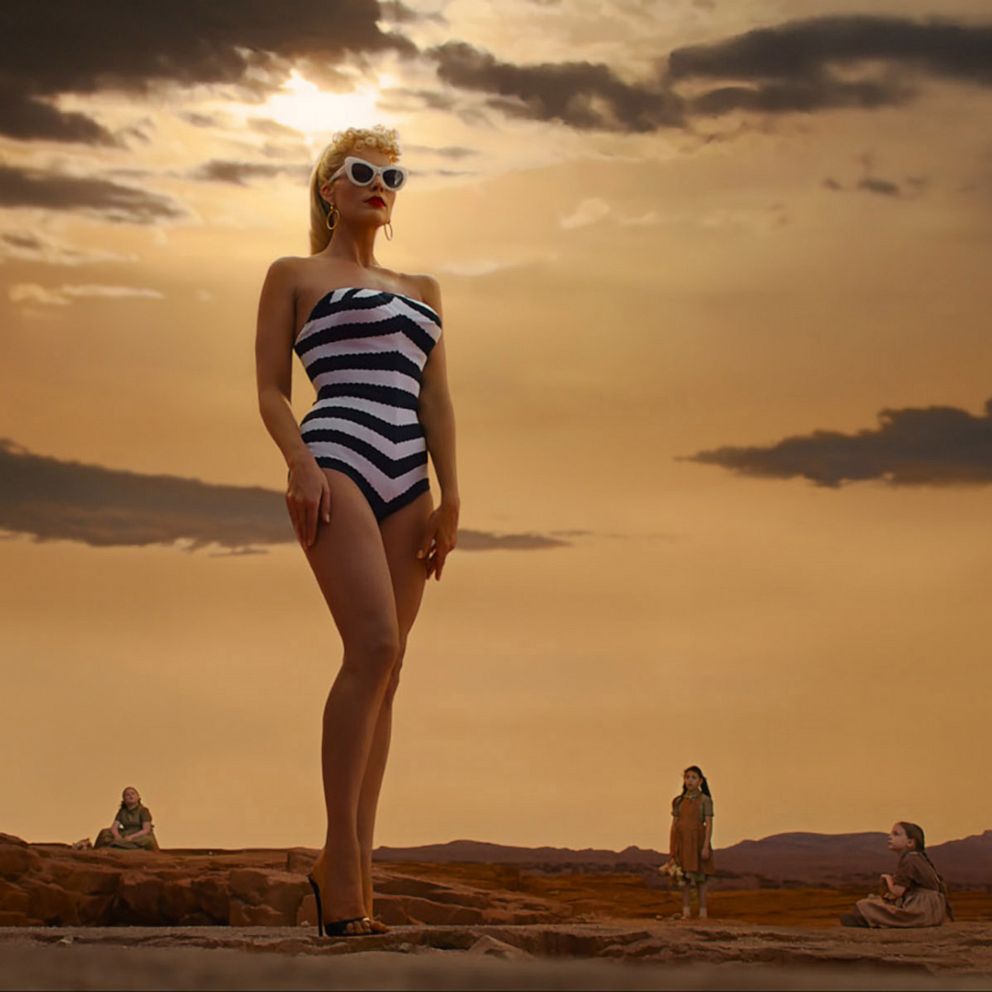 The teaser trailer for the highly anticipated “Barbie” movie is here.

The first look, which debuted Friday on YouTube, features Margot Robbie as the titular Barbie in a hilarious spoof on “2001: A Space Odyssey.”

“Since the beginning of time, since the first little girl ever existed, there have been… dolls. But the dolls were always and forever baby dolls until…” a voiceover says.

At this point, the camera slowly reveals Robbie in a retro black-and-white swimsuit. She lowers her glasses and winks for the camera as the little girls then throw and smash their baby dolls.

The teaser trailer also reveals first glimpses of Ryan Gosling as Ken as well as other cast members, including “Shang-Chi and the Legend of the Ten Rings” star Simu Liu and “Insecure” star Issa Rae.

In April, Warner Bros. shared a first look of the live-action movie, which showed Robbie dressed as the iconic doll, sitting in the driver’s seat of a pink convertible. In June, the studio released an image of a tanned Gosling in an all-denim look as Ken.

The film is directed by Greta Gerwig and is slated to hit theaters on July 21, 2023.

Gerwig is writing the screenplay alongside fellow filmmaker and partner Noah Baumbach. Plot details have been kept under wraps.