Shaq Warns Kanye West To Stay Out His Business: ‘I Got More Money Than You, Why Would I Listen To You’ 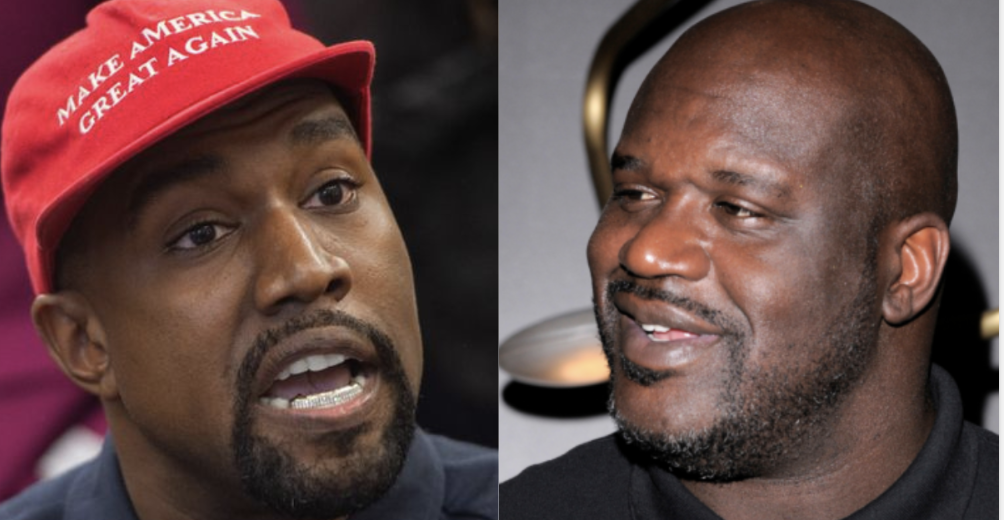 Kanye West has been warned. The controversial rapper, who has been suffering from major backlash for his rhetoric over the last few weeks, made a statement on social media that involved NBA legend, Shaquille O’Neal. But as quickly as he had something to say about it, O’Neal came forward to shut Ye’s claims down. In addition, he’s telling the rapper to keep his name out of his mouth.

Kanye West made what many could have taken as a beautiful decision just recently. The “Hurricane” rapper took to social media to announce that he would take a break from specific things. In addition, he stated that he would be going on a “verbal fast” where he wouldn’t be speaking to anybody for 30 days. However, those who sensed Kanye West would also be taking a social media break were deterred from that thought when he returned to Twitter under an hour later with another post. Interestingly, his previous post mentioned that his Twitter was “still lit,” insinuating that speaking and engaging on social media was not a part of his fast.

Mr. West returned to his Twitter with more tweets to defend his stance on recent comments. In his subsequent tweets, he took shots at Canadian personal trainer Harley Pasternak while speaking up for Brooklyn Nets star Kyrie Irving, who was recently suspended from the team for his controversy surrounding antisemitism. But then, Kanye West spoke on Shaquille O’Neal, whom he brought up in an argument about his alleged dealings with businessman Jamie Salter. He tweeted claims that Salter has a “50/50 with Shaq” as far as a partnership and continued with more insistence. However, Shaq didn’t take kindly to being brought up in Kanye’s rants.

Shaquille O’Neal took to Twitter and warned Kanye West that he doesn’t “know [him like that]” and should focus on his own issues. Furthermore, he admonished Ye to practice what he preaches, using his words, “I got more money than you,” then questioning why he should “listen” to him. Finally, before wishing West a “great day,” he advised him to be concerned over his own “family business” rather than anyone else’s.

Kanye West continued to address Shaq’s business ventures with Jamie Salter claiming he actually owns 51% of the deals with Shaq. West then goes on to say, “We as the creators and talent get so caught up in our vanity that we don’t read or understand the fine print Like Dave Chapelle said, we need to stop giving up control over our own names and our likeness.”