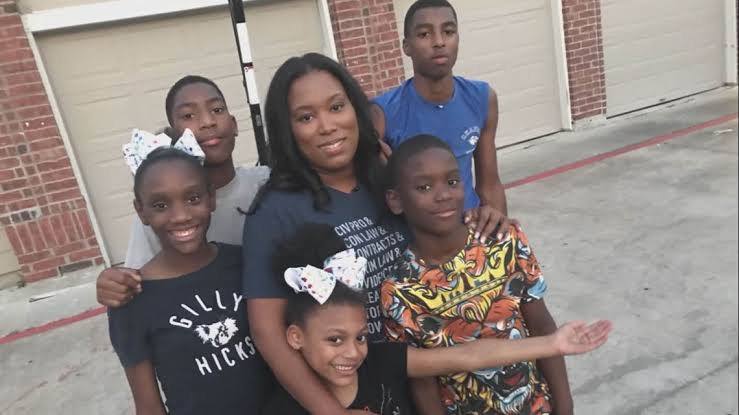 The mother of five who won our admiration when her law school graduation pictures went viral truly lifted the bar. Ieshia Champs discovered Monday that she had passed the bar test. You did that, God! Attorney Ieshia N. Champs.

She posted her Texas Bar Exam results to Facebook along with the message, “I’m still shouting!” The mother from Houston still needs to go through a license procedure in order to legally practice law in the state, but the most challenging portion is completed. Champs, 33, spoke, 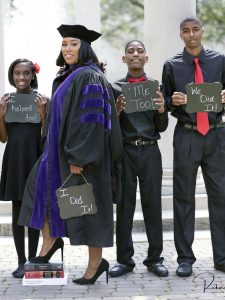 April following the global success of her graduation photos featuring her five children. She gave credit to her five to fourteen-year-old children, who served as a mock jury and quizzed her with flashcards as she prepared dinner.

The father of two of Champs’ children passed away from cancer in 2009, she lost her job, her mother suffered a stroke from which she never fully recovered, and Champs lost everything in a house fire. Champs made an attempt on his life in August of that year. On May 11, 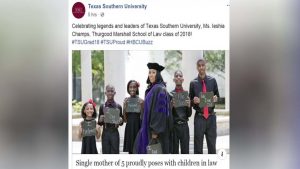 she received her law degree with honours from the Thurgood Marshall School of Law at Texas Southern University. She added at the time, “If God can take a little girl like me who had nothing and put me in a position to graduate from a renowned legal school in the top 15% of my class with five children, he can do anything for you.”

At the time, I had very little reliable direction. My mother had a drug problem. Dad has passed away. Champs admitted to being homeless to CBS News. Depending on who would take me in, I would live with friends. After that, 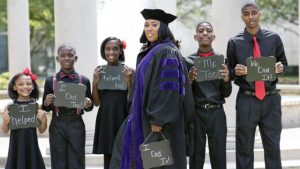 I became pregnant with the first of my five children, and everything else just happened. Champs claimed that while dealing with all of these things, she even considered committing suicide. She was appreciative of the pastor since his straightforward message had all but saved her life.

One day, Pastor Louise Holman contacted me and said that God had instructed her to encourage me to return to school and earn my GED so that I might become the lawyer I had always wanted to be. Champs hired a photographer to take a series of pictures to mark the occasion. “My kids helped me get through school, 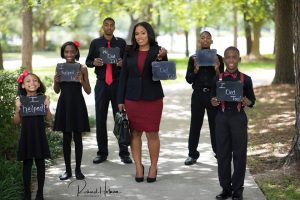 so I took the pictures with them. They’re also graduating,” she exclaimed. She was seen holding a whiteboard in the pictures with the words “I did it!” scrawled on it. “We accomplished it,” her kids hold up chalkboards as they stand behind her. I also contributed! “Me too!”

On social media, the picture received hundreds of likes and comments after it drew people’s attention right away. I cry, smile, and feel so appreciative when I see the images,” Champs added. Looking at that photo makes me realize that, rather than merely beating the odds, my family and I obliterated them.