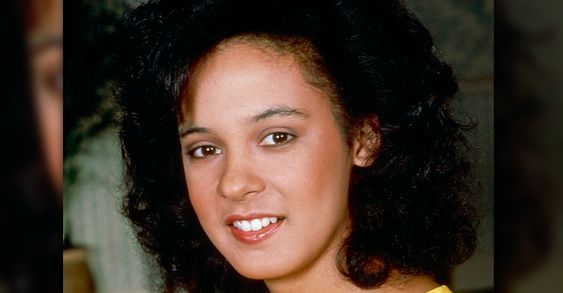 Remember “Sondra,” the eldest child of ‘Cliff and Claire Huxtable’? She was the more serious child out the Cosby pack, but her husband, “Elvin,” wasn’t necessarily the sharpest tool in the shed.

Well, “Sondra” was played by actress, Sabrina Le Beauf, and after years of flying under the radar, we’ve finally found out what Sabrina’s been up to all this time.

On March 21, 2020, Sabrina Le Beauf celebrated her 62nd orbit around the sun and the New Orleans, La. native is still just as beautiful as ever.

Here’s one thing that most people didn’t know back in the day: Although Phylicia Rashad played Sabrina’s mother on the show, there’s only a 10 year age difference between them. Rashad is 72 years young. Ain’t that something?

Shortly after the “Cosby Show” ended in 1992, Sabrina decided to follow her other life’s passion, interior design.

She was almost instantly able to garner up business from well-off clients, with budgets of hundreds of thousand of dollars and up.

In a prior interview with People Magazine, Sabrina admitted that interior design is just as fulfilling to her as acting:

Via People- “Whatever part of the brain and the heart that acting feeds in me, design does the same thing,” [Sabrina Le Beauf] says. “You walk into an empty home and little by little you put it together and it comes to life, just the way you build a character. Once it’s there and people really like it, it’s the same as the applause you get as an actor.”

Even though Sabrina Le Beauf is still enjoying her interior design business, she hasn’t completely closed the curtain on acting. Throughout the years, he’s repeatedly performed in theatrical stage plays put on by the Shakespeare Theatre Company of Washington, D.C..

She Beat Whitney Houston For The Role

Unbeknownst to many devoted “Cosby Show” fans, the late Whitney Houston was initially supposed to get the role of “Sondra.” However, Sabrina Le Beauf ultimately landed the part. In hindsight, that was a good move because we may not have ever truly gotten to witness the full potential of the R&B/pop icon, had she committed to the show for so long.

Angela Basset Was Her Classmate

Who knew legendary actress, Angela Bassett, and Sabrina Le Beauf had history? Turns out, they were college classmates and Sabrina revealed that she didn’t feel like she fit in in Hollywood, until attending those same courses Angela attended:

Via People: African-Americans who look like me didn’t really exist in the casting pool,” [Le Beauf] says. But at Yale, where Angela Bassett was a classmate, “they made us feel like we could do anything,” she says.

She Married Her Now Ex-Husband In 6 Weeks

As far as we know, Sabrina Le Beauf is single today, but at one time, she was married to Michael Reynolds, a then successful Washington, D.C. radio show producer. They married in just 6 seeks after meeting each other, when she was booked on his show for an interview in 1987. Unfortunately, they divorced in 1996:

“We sort of agreed we were very different people,” says Le Beauf, who believes she headed to the altar too soon. The divorce, she says, left her “very disappointed in myself.” -via People

One of the reasons Sabrina’s lookin’ so good at 62 is partly because she’s a vegan. She confirmed this fun fact recently, and sticks to a healthy, clean eating diet.

Sabrina also says she’s grateful to have been a part of the “Cosby Show” because it helped bring positive images of Black people to the mainstream. So far, she has not commented on her former TV dad, Bill Cosby’s, sexual assault conviction.