Southwest CEO apologizes to customers, employees: ‘There will be a lot of lessons learned’ 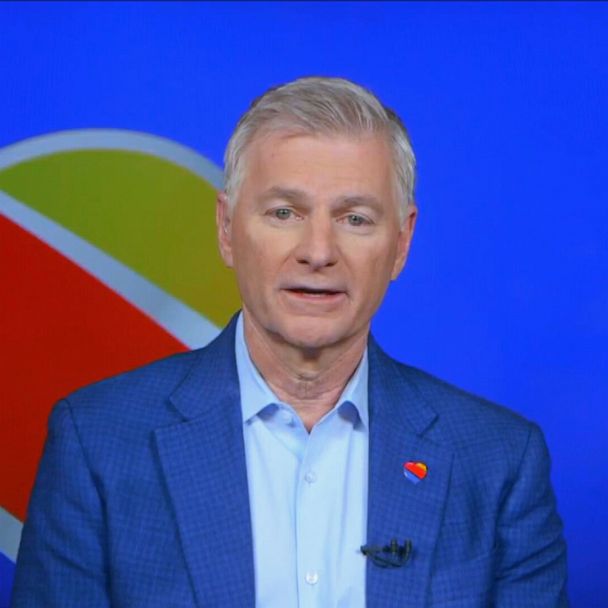 After more than 15,000 flights were canceled over the Christmas holiday, leaving thousands of travelers in a lurch, Southwest Airlines says it’s finally catching up.

In an exclusive interview with “Good Morning America,” company CEO Bob Jordan said his airline is “off to a great start.”

The travel mess began just days before Christmas, as wintery weather hit parts of the U.S. Thousands of passengers were left stranded and some even missed their trips altogether.

Southwest said it is committed to refunding its customers for their canceled flights, as well as other travel-related expenses such as hotels, rental cars and even airfare booked through other airlines.

Other costs will be handled on a case-by-case basis, executives said.

“Our desire is to go above and beyond. We always take care of our customers, that’s our 51-year history here at Southwest Airlines,” Jordan said. “We’ll be looking at and taking care of things like rental cars, hotel rooms, meals, booking customers on other airlines, so that will all be part of what we’re covering here as we reimburse our customers and make good on this issue.”

Refunds are currently underway but officials admitted that clearing the backlog would “take weeks.”

Department of Transportation Secretary Pete Buttigieg called on Southwest to process the refunds in a timely manner, saying his agency would “ensure” the airline complies with its refund obligations and could “penalize” the carrier “if they fail to meet what is required of them to take care of passengers.”

The winter storm impacted Southwest far more than its competitors, and Jordan said Southwest, “had impacts beyond the storm.”

“We had record temperatures that did things like froze jetways, froze aircraft, froze de-icing fluid. When you’re trying to solve a problem in so many locations, it becomes very, very difficult. Airlines count on the aircraft and the passengers and the crew members continuing to move and when all that shuts down in so many locations it becomes very, very tough,” Jordan said. “It really was the scope of the problems attempting to be solved, just to move crews around, keep the airline moving.”

Just before the final holiday weekend of the year, Southwest now faces the challenge of winning back customers’ trust. Jordan said beyond safety, there’s “no greater focus” than taking care of customers.

“This is impacting so many people, so many customers over the holidays. It’s impacted our employees and I’m extremely sorry for that. There’s just no way almost to apologize enough because we love our customers, we love our people and really impacted their plans,” Jordan said. “There will be a lot of lessons learned that come out of this. We already had a great plan to invest in tools and technology and processes as we always do, but there will be a lot of lessons learned in terms of what we can do to make sure this never happens again.”