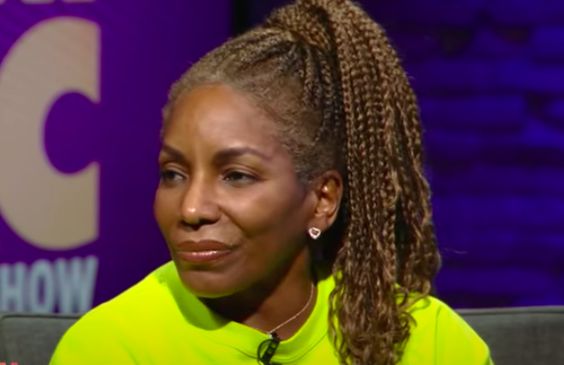 Ever since the release of the documentary, “Surviving R. Kelly,” aired on LifeTime, many celebrities and fans have shared their opinions on the many R. Kelly allegations.

While some chose to silently express their views, the legendary songstress, Stephanie Mills, chose to speak out on the issue shortly after the documentary released in 2019.

We all remember R. Kelly’s infamous sit-down with Gayle King, where he yelled and scream about how he’d given, “30 years of his career” to everyone throughout the last two decades, and that he was innocent of all sex abuse claims against him.

Well, soon afterwards, Stephanie Mills responded to his allegations, stating that ‘he should go to jail for what he’s done.’ On the other hand, the songstress did feel it was unjust for radio stations and streaming services to ban R. Kelly’s music.

According to BlackAmericaWeb, Stephanie Mills definitely believes the R & B singer is guilty, but she also believes that his ex-wife, Andrea Kelly, is guilty as well. WOW…now that’s the real scoop!

Ms. Mills went on to say:

“I don’t believe that his music should be muted. And I also believe that the handlers and his ex and his ex-wife and all of that should go to jail, too.

You cannot tell me you live in a house with a man and you don’t know what’s going on. That is not true. I don’t believe that. She should go to jail, too. And so should the handlers that helped him”.

Contrary to Stephanie Mills’ viewpoint on this, Andrea Kelly went on the record stating that she was also abused by R. Kelly during her interview on “Surviving R. Kelly,” where she described very cringing details of the abuse she says she experienced while married to the “Bump N’ Grind” crooner:

“It started with yelling and being slapped and grabbed. He chips away at your self-esteem, your ability to even think. You’re just thinking, ‘What do I do to not piss him off’?” she told LifeTime.

Despite R. Kelly’s latest sex abuse conviction, many people are torn between whether his music should be banned or not. While some are not able to listen to R. Kelly’s music the same, others feel as though the art of music should not associate with his personal life dealings.

Stephanie Mills was in agreement with this idea, as she felt as though his music shouldn’t be “tied to his alleged crimes.” Black America Web reported:

“Him writing his music has nothing to do with that. Him being an entertainer and a star,” Mills said. “And those parents bringing those children to the show and then allowing him— I have a son; there’s no way I would take my son to a Bruno Mars show, and say ‘OK, Bruno, you can mentor my son. I’m gonna let him stay with you.’ There’s no way.”

It’s unclear if Stephanie Mills feels the documentary should have been released, but she does believe R. Kelly and his ex-wife are guilty.