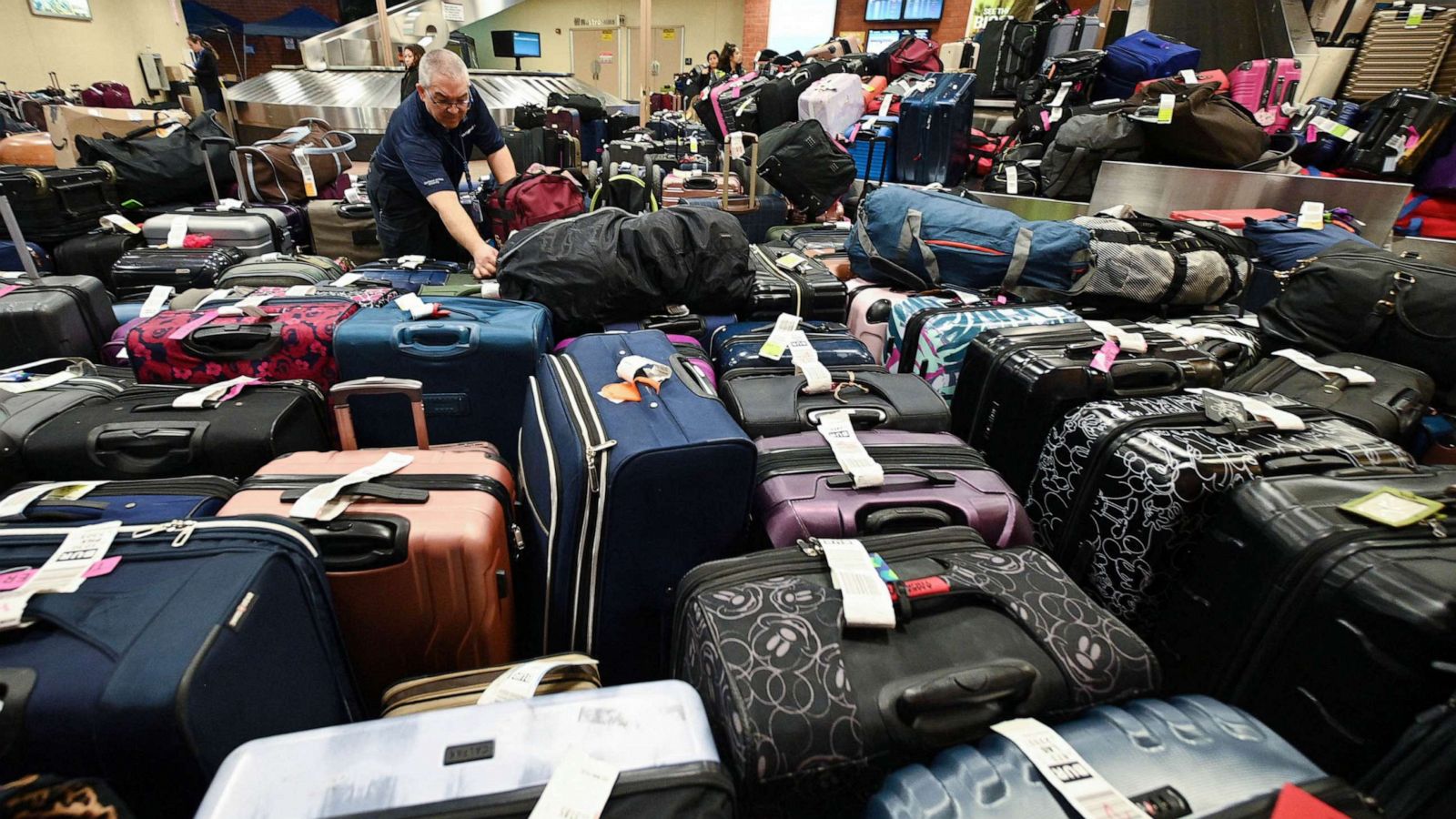 Southwest customers across the country were left stranded this week, when a growing list of flight cancellations left many desperately seeking alternative travel options in hopes of getting home in time for celebrations, work, their health and more.

Dianne Martinez, 56, is currently driving from Charleston, South Carolina, to Nashville, Tennessee. She’s epileptic, and “only had so many days in medicine” from her stay in Charleston.

She drove Tuesday for roughly 10 hours after a three-hour wait to get a rental car because there were no available Southwest flights to Nashville for days, she said, and prices had skyrocketed on flights on alternative airlines. 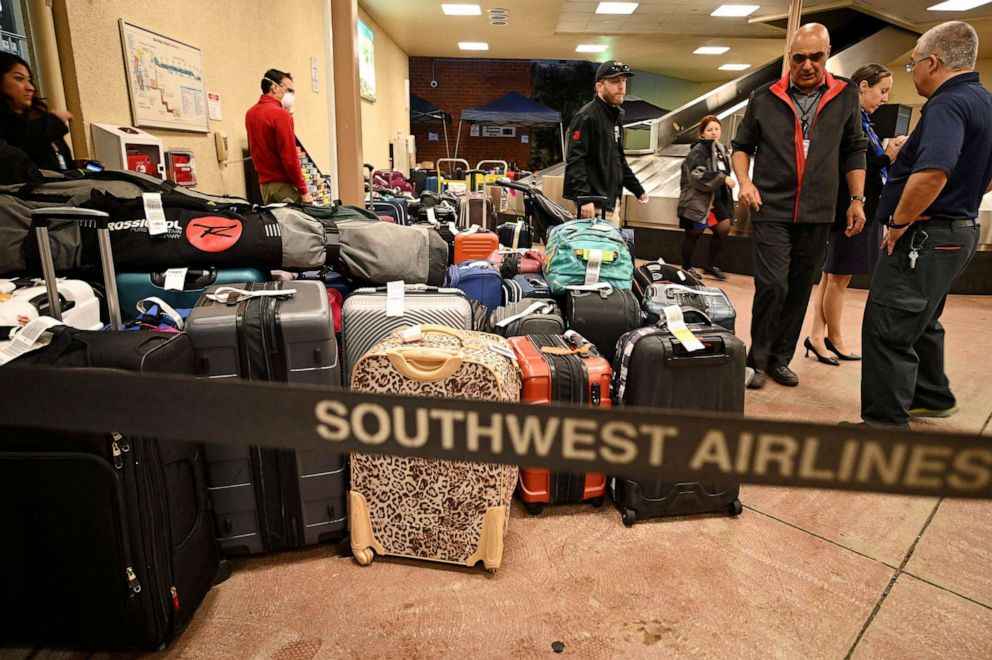 She stayed in a hotel halfway through the traffic-filled drive home Tuesday night, because “the $600 I am spending is cheaper than any other airline was offering and I need to get home.”

Martinez is a small business owner, and has been able to have her work covered by her staff – however, she said she’s one of the lucky ones: “I know a lot of people have jobs that they have to go back to … It just sucks because it’s [Southwest’s] poor planning.”

“They need to get their act together because like, we all planned around this,” Martinez said. “[Southwest] can’t blame it on anything but [themselves] at this point.”

Derek Wood, 51, from Los Angeles, California was flying back from his brother’s house in San Francisco.

What should have been less than a two-hour flight turned into an hourslong ordeal.

He said he was shuffled between long lines as he and others waited to rebook their tickets, and seemingly “overworked employees” traded off responsibilities.

He managed to rebook through the airline’s app and trekked back to his brother’s house to wait.

Just a few hours later, “the flight today that I rebooked myself on was also canceled.” He finally booked himself a roughly nine-hour train and bus ride back home to get home several days later than expected.

He works from home, but as a genealogist, he can’t do much of his without the resources he needs back at his house.

“Those are days of work that I was hoping to perform and bill for the end of the month, which – that money is gone and additional money that I have to spend because it’s two, three additional nights [of paying for daycare for] my dog, which adds up,” Wood said.

He continued, “I’m sure that there are many people who are in a way worse situation than I am.” 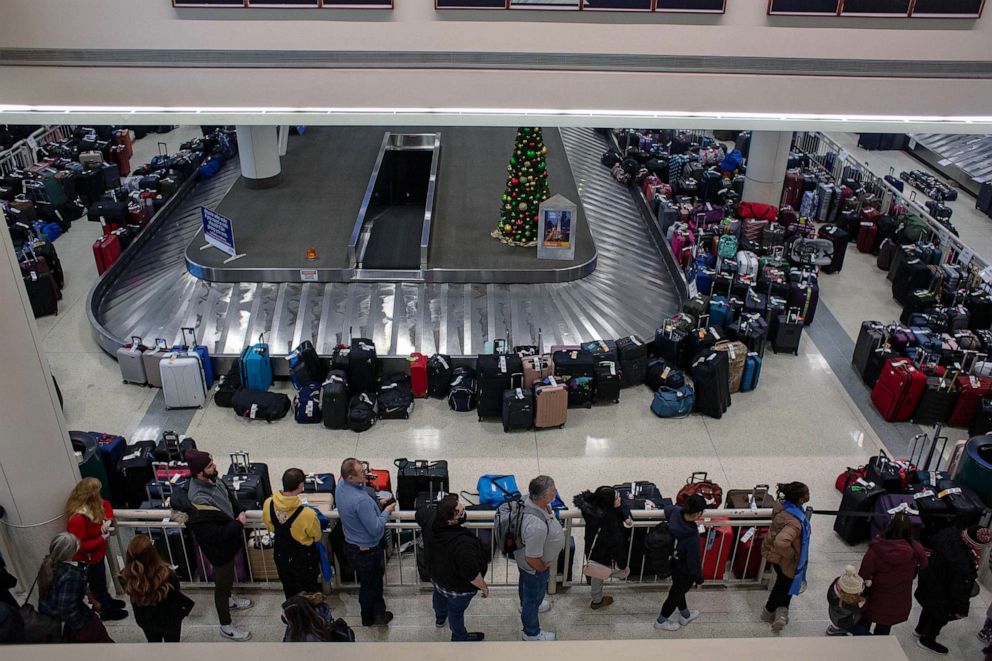 Stranded travelers search for their luggage at the Southwest Airlines Baggage Claim at Midway Airport, Dec. 27, 2022 in Chicago.

Andy Lalwani, 27, was trying to get from Washington, D.C. to Chicago, Illinois to see his boyfriend’s family for the New Year.

However, his Thursday flight was canceled two days in advance.

He had to buy a ticket from another airline that cost more than double the price of his Southwest ticket to confirm that he’ll be able to make it to the celebration on time.

“This outdated tech and outdated operations they’ve been using has just been like funneling and trickling down to like this moment,” Lalwani said. “It makes you have a distrust in the future to ever fly with Southwest. Like how is anyone supposed to feel comfortable if something happens in the future similar to this, that their flight is going to be safe and secure?” 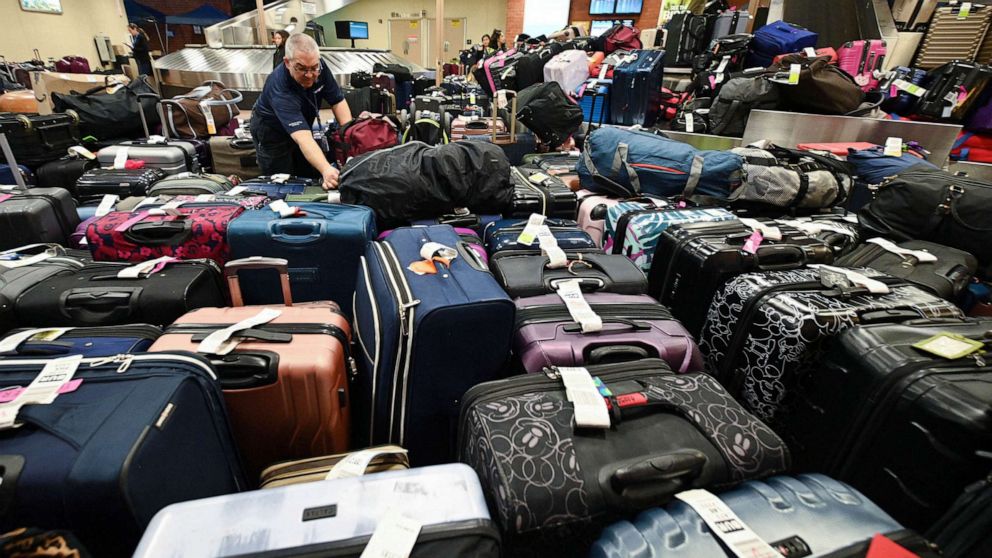 Southwest CEO Bob Jordan said in a video statement Tuesday that he is “truly sorry” for the airline’s failures over the holiday weekend, praising the airline’s employees, who he said “are showing up in every way,” as the airline grapples to catch up after canceling thousands of flights.

“We’re focused on safely getting all of the pieces back into position to end this rolling struggle,” he said.