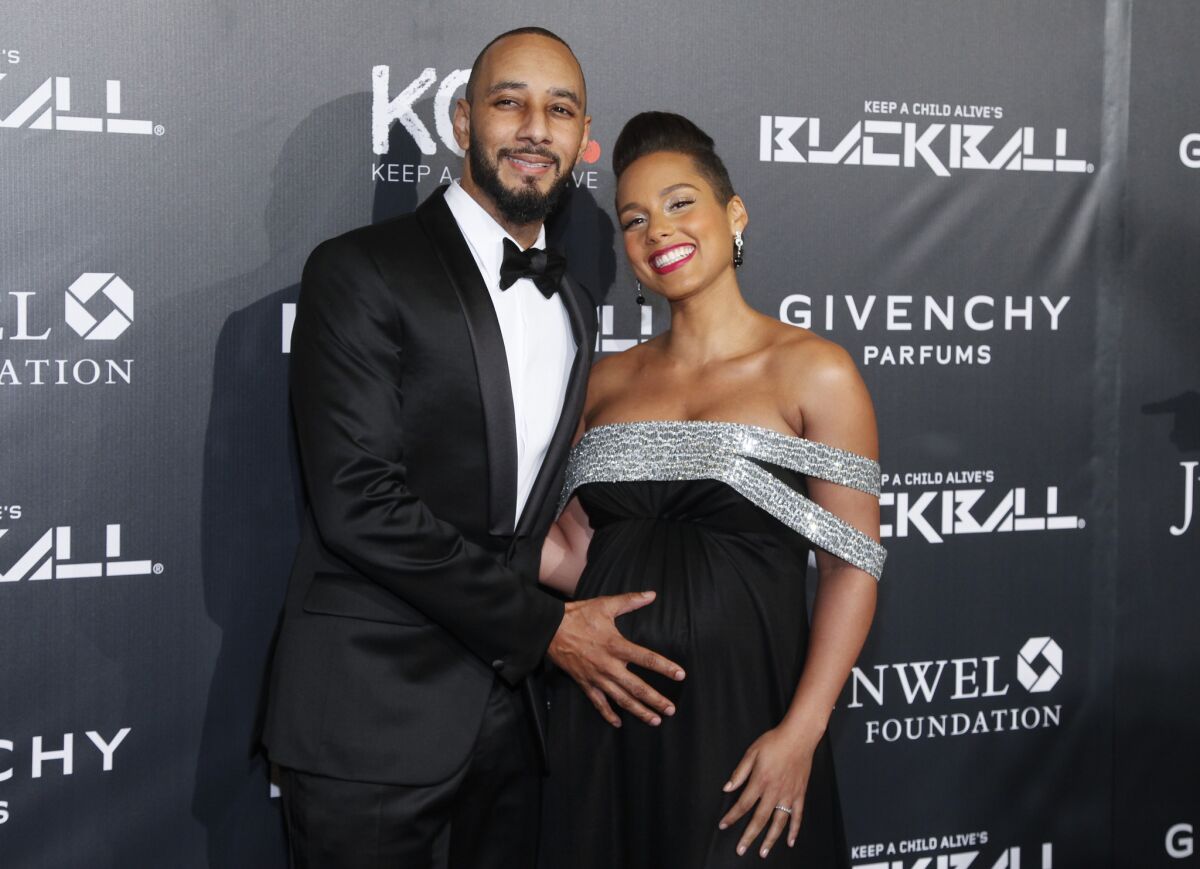 Alicia Keys and Swizz Beatz have one more thing to be thankful for this holiday season: a new baby boy.

Alicia Keys has given birth to another baby boy and appears to have looked to the Old Testament to pick out a name.

The Grammy-winning powerhouse, 33, shared a picture of Genesis’ footprints and birth details, adding that he weighed in at 6 pounds and 5 ounces.

It’s the second child for the couple, who are already parents to 4-year-old son Egypt Daoud. Swizz, real name Kasseem Dean, is also dad to daughter Nicole and sons Prince Nasir and Kasseem from previous relationships.

The couple, who wed in Corsica in July 2010, announced that the “Fallin’” songstress was pregnant again on their fourth wedding anniversary earlier this year.

“Happy anniversary to the love of my life. And to make it even sweeter we’ve been blessed with another angel on the way!! You make me happier than I have ever known! Here’s to many many more years of the best parts of life!” Keys wrote, sharing a beaming portrait of herself and husband cradling her growing belly.