Taraji P. Henson Has Seemingly Moved On From Former Fiance, Now Dating A Record Producer According To Sources 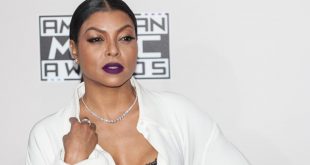 Taraji P. Henson is working harder than ever these days. The accomplished actress has it all; a successful career, adoring fans, and ageless beauty. One thing that has always alluded to Henson on her journey is love. She may get the man occasionally on screen, but in real life, she’s fallen into a couple of duds. Could the man of Henson’s dream have finally found her? Let’s take a look at her relationship history and find out who she is dating now.

Taraji P. Henson started her career in the late ’90s. Back then, she was a struggling young mom trying to get her career off the group. Her son’s father, William Johnson, had issues with domestic violence that drove a wedge between the pair. Henson said she tried to fix William for a while, and to his credit, he would try to make things better too. Unfortunately, he would die before they could reconcile.

Rumored relationships with Common and Hill Harper would pop up in the ’00s, but Taraji’s next big relationship would be with basketball star Lamar Odom. At the time, Odom was at the top of his game and has gone on record to credit his relationship with Henson for bringing out the best in him. Unfortunately, his attention would wander off, and Lamar would drop Henson for Khloe Kardashian.

Lamar has opened up about how poorly he treated Taraji when he met Khloe and how he basically just phased her out without an explanation. “Things ended with Taraji because of me being an immature punk. I didn’t know how to tell her that I was falling in love with another woman.” He recalls wishing he had “bossed up” and been honest with Henson instead of just letting it fizzle out.

Taraji P. Henson would eventually began dating former NFL star, Kelvin Hayden. The pair seemed like a good match and were taking things very seriously, eventually getting engaged in 2018. She took to her social media to celebrate the news saying, “I said yes y’all!!! He started with the Cartier love bracelet, BUT that was my #Mothersday gift, and then he dropped to his knee, and I almost passed out!!!”

Taraji was open during the relationship on how she and Hayden even went to therapy at one point to help them better communicate. Unfortunately, therapy was not enough, and the two would split in 2020 around Henson’s 50th birthday.

She confirmed in a Breakfast Club interview that things fizzled out. “I haven’t said it yet, but it didn’t work out,” she told Charlamagne and co. “I tried, I said, ‘let’s do the therapy thing,’ but if you’re both not on the same page with that, then you feel like you’re taking it on yourself, and that’s not a fair position for anybody to play in a relationship.”

Things for Taraji have been quiet ever since, and she has been dedicating her time to work. She wrapped up Empire in 2020 and went on to star in Annie Live!, Muppets Haunted Mansion, and Minions: The Rise of Gru. Henson is currently in Atlanta doing voice work for the film Paw Patrol where she is said to be getting cozy with music producer Jermaine Dupri.

Jermaine Dupri and Taraji P. Henson are a match made in heaven, according to insiders. The duo both like to go out and have fun and have been rumored to be having dinners often and appearing very romantic and friendly.

Jermaine is used to dating high-profile women. In the ’90s, he had a brief fling with Kandi Burruss. He then dated Janet Jackson for several years. He appeared in a large part of Jackson’s Lifetime documentary, where the two gushed about each other and their romance. Unfortunately, Jermaine liked attention too much and would end up cheating on Jackson several times, resulting in their split.

Taraji and Jermaine appeared in a photo together back in August, where they were in the studio working. He captioned the photo, “Just had a music meeting with @tarajiphenson. She came to get that” as the caption for the photo. One fan commented, “She given Janet vibes😂” which could not be more ironic considering rumors that they are now dating. What do you think of the couple?