‘The Proud Family’ Star Jo Marie Payton Wants Orlando Brown Back On Show: ‘I Don’t Believe In Giving Up On Anybody’ 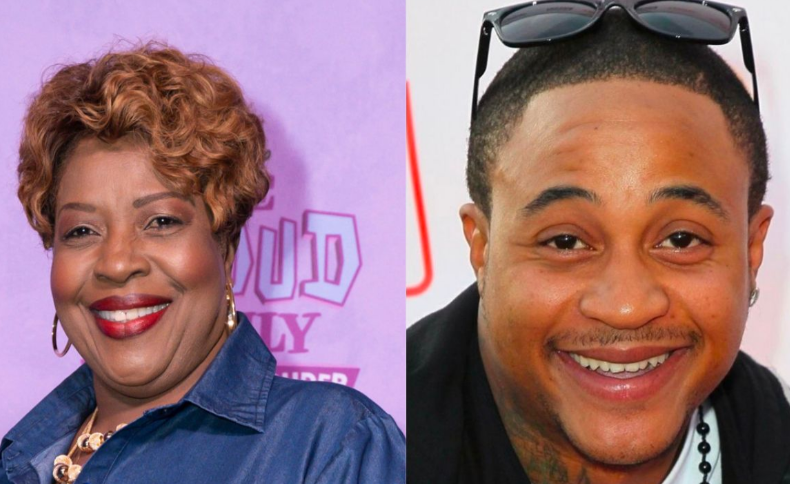 Jo Marie Payton has said she’s not giving up on helping Orlando Brown come back into success and wants him on Disney+’s The Proud Family: Louder and Prouder.

According to Atlanta Black Star, Payton spoke during an American Black Film Festival panel about The Proud Family: Louder and Prouder, saying that she wants Brown to be able to reprise his role as Penny Proud’s friend Sticky. Brown was left out the show presumably because of his past history with substance abuse.

“I know everybody loved Orlando Brown. You loved him and so do we,” she said.
“We all have challenges in life, and things happen. I mentioned to the guys the other day that it would be wonderful if Disney would have him pop in and do a recurring or something. Get back into the family in some way. Bring Sticky back even if it’s recurring. Let him visit his friends.”

She said she wants Brown to have a chance to restart his career, adding, “It will not only help us, because we’re a family and we stick together. It will also help his career; he’s not finished.”

“He’s a young man, and he’s very talented on our show and other shows,” she continued. “I believe everybody gets a second chance because he’s just speaking if Disney would open up and give a shot to come back on as Sticky, you know, recurring.” She also said that regaining his position on The Proud Family spinoff could pave the way for more acting roles later on.
“Just test him out, this, that, and the other; it will open doors for other things to happen for him. ‘Cause I don’t believe in giving up on anybody. I really don’t.”

Payton has proven this about herself by saying recently that she would only consider doing a reboot of Family Matters if Jamiee Foxworth’s character Judy would come back.
While attending a ’90s convention earlier this year, Payton said she was “personally hurt” when Judy was written out of the show because she felt like a child had been left behind.

“I said, ‘You guys need to tell me something that is not only creative, but also politically correct to straighten out this situation because there’s nowhere in the world a family…You gave me three kids, you took away my baby,’” she said. “If you had taken away my oldest child, we could have always come with [various excuses in the episodes] that she was at the mall or with her friends. You took away my baby, and when I asked you, ‘Why did you take away my baby girl?,’ you said, ‘Nobody would notice.’ I said, ‘You know what, when we’re walking down the street, nobody’s gonna notice you because they’re not going to ask you, they’re going to ask me what happened to Judy.’ So for me, that’s one of the other things that [wouldn’t be] excited about, going back into it.”