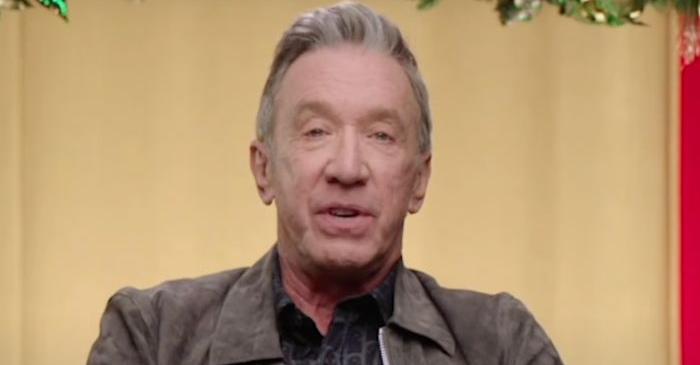 Tim Allen taking a stand for the “Christian holiday” of Christmas with his Disney + minisieries “The Santa Clauses.”

In the weeks since Tim Allen’s new miniseries “The Santa Clauses” premiered on Disney +, there has been some backlash over how it has approached Christianity. In a new interview, however, Allen is refusing to back down from choosing to “honor the Christian tradition” of the holiday.

“We honor the Christian tradition without heralding it,” Allen explained to Fox News. “It’s not – it is what it is.”

“It’s a Christian holiday,” he continued. “So, we don’t belabor it, but we don’t ignore it. I love the way we deal with it.”

Allen had previously told The Wrap that he wanted to put the “Christ” back in “Christmas” with this project.

“It originally had a lot of otherworldly characters, and ghosts, and goblins. I said no, this is Christ-mas. Its Christ-mas. It literally is a religious holiday,” Allen said. “We don’t have to blow trumpets, but I do want you to acknowledge it. That’s what this is about. If you want to get into Santa Claus, you’re gonna have to go back to history, and it’s all about religion.”

Allen went on to say that the writers found a “brilliant way” to include Christianity in the show.

“It’s really wonderful,” he said. “They took a chance, and we did it really well.”

In his latest interview, Allen talked about how challenging it was for him to film “The Santa Clauses” because a miniseries is a “new format” for him, as he’s spent most of his career making either movies or 30-minute weekly sitcoms.

“To get that first episode, get the fourth episode and the sixth episode in my head,” Allen said. “I see the beginning, middle and end as though it’s a six-hour movie. I said, ‘This thing is very, very good,’ and this is early on, and we continue down this path.”

“This is a new format for me, and then I can get my head around it creatively,” he added. “It’s not a television show. It’s not a movie. It’s what we’ve been forced, challenged to do now is a hybrid. It’s a long movie or a very produced, very creatively elevated television program.”

Allen Not Planning To Retire

Though Allen is set to turn 70 next year, retirement is not something that he is considering anytime soon.

“Once I started doing coming to Disney and doing ‘Home Improvement’ or ‘Last Man Standing’ or getting on sets, I love every second of it,” he admitted. “I don’t ever feel like I’m working so that I don’t know how to not do this.”

Allen explained that he doesn’t want to retire because he still “adores” making people laugh.

We all know that the war on Christmas is sadly raging on in this country, so making sure that “The Santa Clauses” included nods to Christianity was likely not the easiest thing for Allen to make happen in the liberal world of Hollywood. We applaud him for going above and beyond to put the “Christ” back in Christmas in such a big way!

The final episode of “The Santa Clauses” drops tomorrow on Disney +. Check it out for yourself to see how Allen has done with this incredible miniseries!