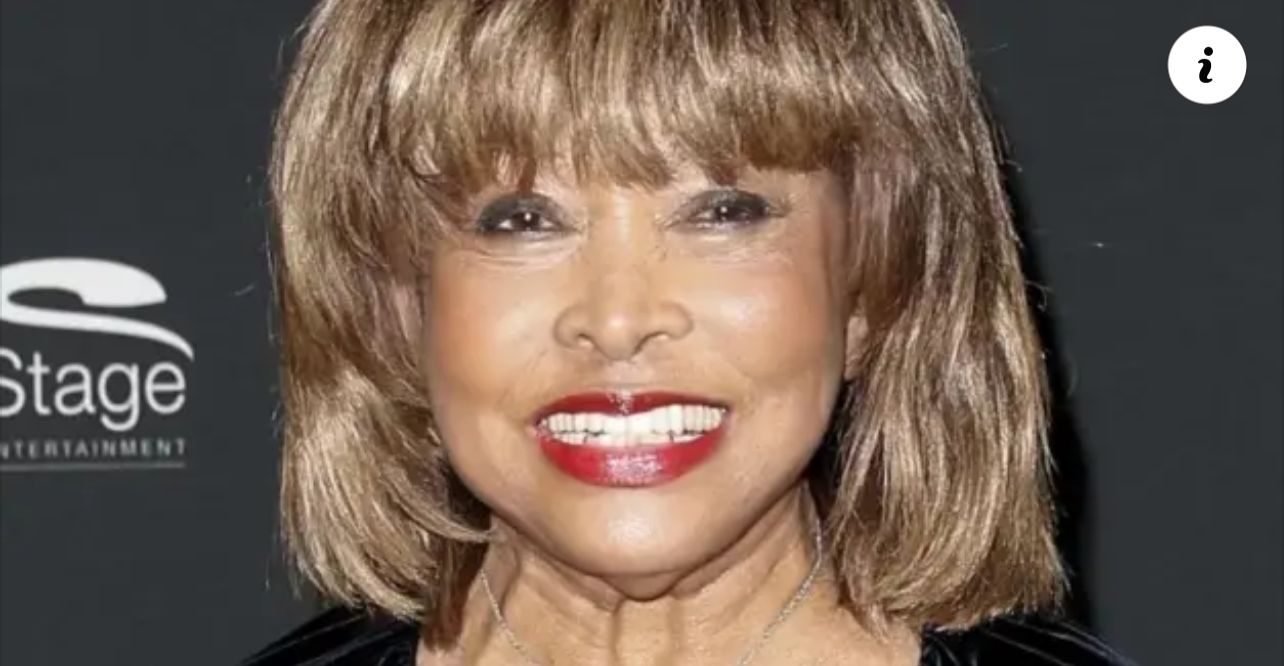 Tina Turner bids a final farewell to her fans in a touching new film that shows how she has overcome her painful past and finally found happiness.

In the feature-length documentary, simply titled “Tina,” the singer looks back on camera for the first time at her younger years filled with struggle and pain, then the true love and global fame she found as a middle-aged woman.

Now 81 and plagued by ill health, including a stroke and cancer, the soul and rock music legend also suffered kidney failure that led to a transplant in 2017.

In the film, she tells how she wants to enter the third and final chapter of her life out of the spotlight, and it is revealed that she has a form of post-traumatic stress disorder from the domestic abuse she suffered at the hands of her first husband and music partner, Ike Turner.

Looking back, Tina reflects: “It wasn’t a good life. The good did not balance the bad.

“I had an abusive life, there’s no other way to tell the story. It’s a reality. It’s a truth. That’s what you’ve got, so you have to accept it. 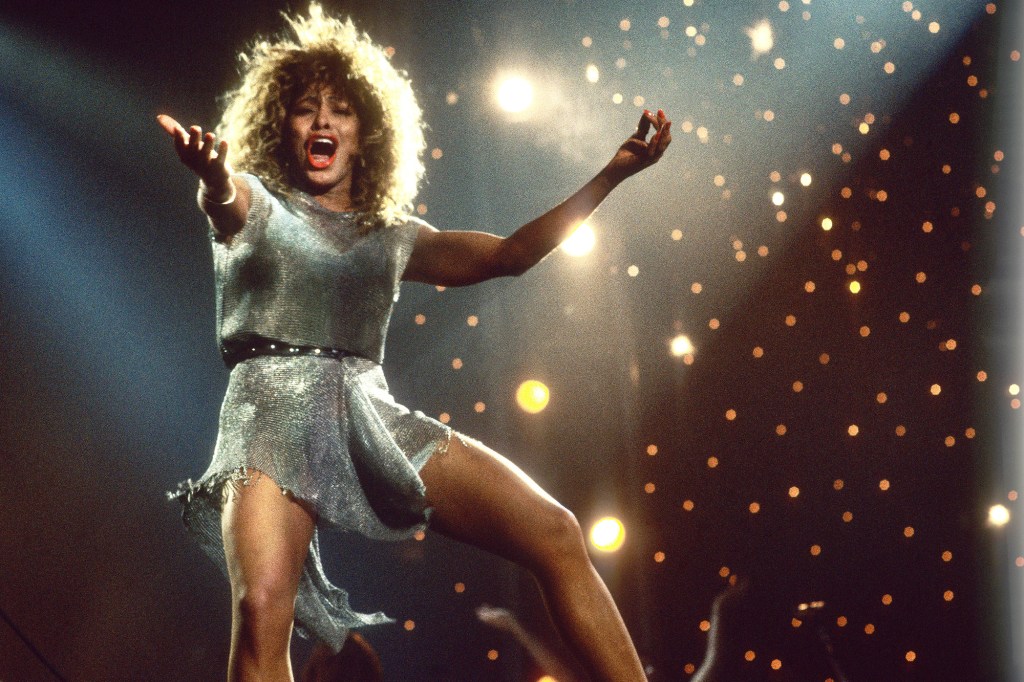 ‘I should be proud’

“Some people say the life that I lived and the performances that I gave, the appreciation, is blasting with the people. And yeah, I should be proud of that. I am.

“But when do you stop being proud? I mean, when do you, how do you bow out slowly? Just go away?”

In the documentary, which airs this month, Tina is seen for the first time talking with the man who finally brought her happiness, her second husband, Erwin Bach.

The couple make a farewell trip to the US for the Broadway premiere of her stage show, “The Tina Turner Story,” and Bach, 65, reveals on camera: “She said, ‘I’m going to America to say goodbye to my American fans and I’ll wrap it up.’ And I think this documentary and the play, this is it — it’s a closure.”

The details of Tina’s life have been chronicled before, first in her 1986 autobiography, “I, Tina,” and in the 1993 biopic “What’s Love Got To Do With It?” with Angela Bassett as Tina. 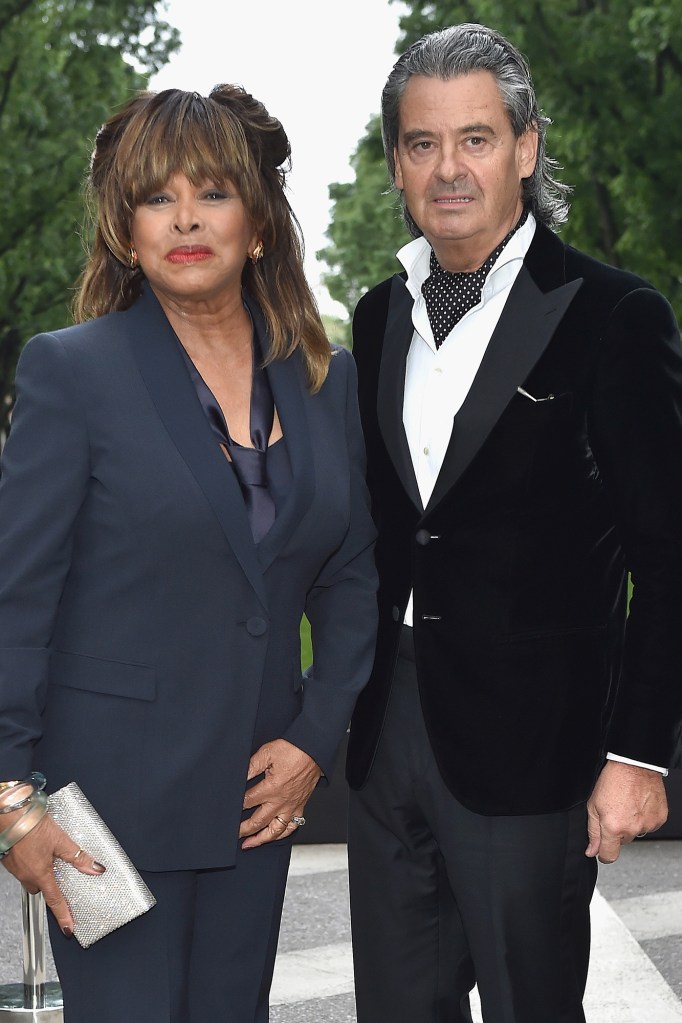 But Tina has always been loath to discuss them on camera until now. This documentary will have been painful to make, but is a parting gift to her global army of fans.

She is bringing down the curtain on a career that saw her sell more than 100 million records, and at her peak in the ’80s sell out arenas around the globe.

Tina was born Anna Mae Bullock, and her childhood was filled with poverty and misery, picking cotton in the fields around Nutbush, Tennessee.

Her mother, Zelma, suffered domestic abuse at the hands of her father, Floyd Bullock, before they both abandoned her as a child. Even when Tina was reunited with her mother when she was a superstar, Zelma was cold and unloving.

Tina says in the documentary: “Mom was not kind. When I became a star, of course back then she was happy because I bought her a house. I did all kinds of things for her, she was my mother.

“I was trying to make her comfortable because she didn’t have a husband, she was alone, but she still didn’t like me.

This childhood filled with cruelty and violence may explain why Tina initially seemed to accept the mental and physical torture she put up with after she married Ike in 1962. 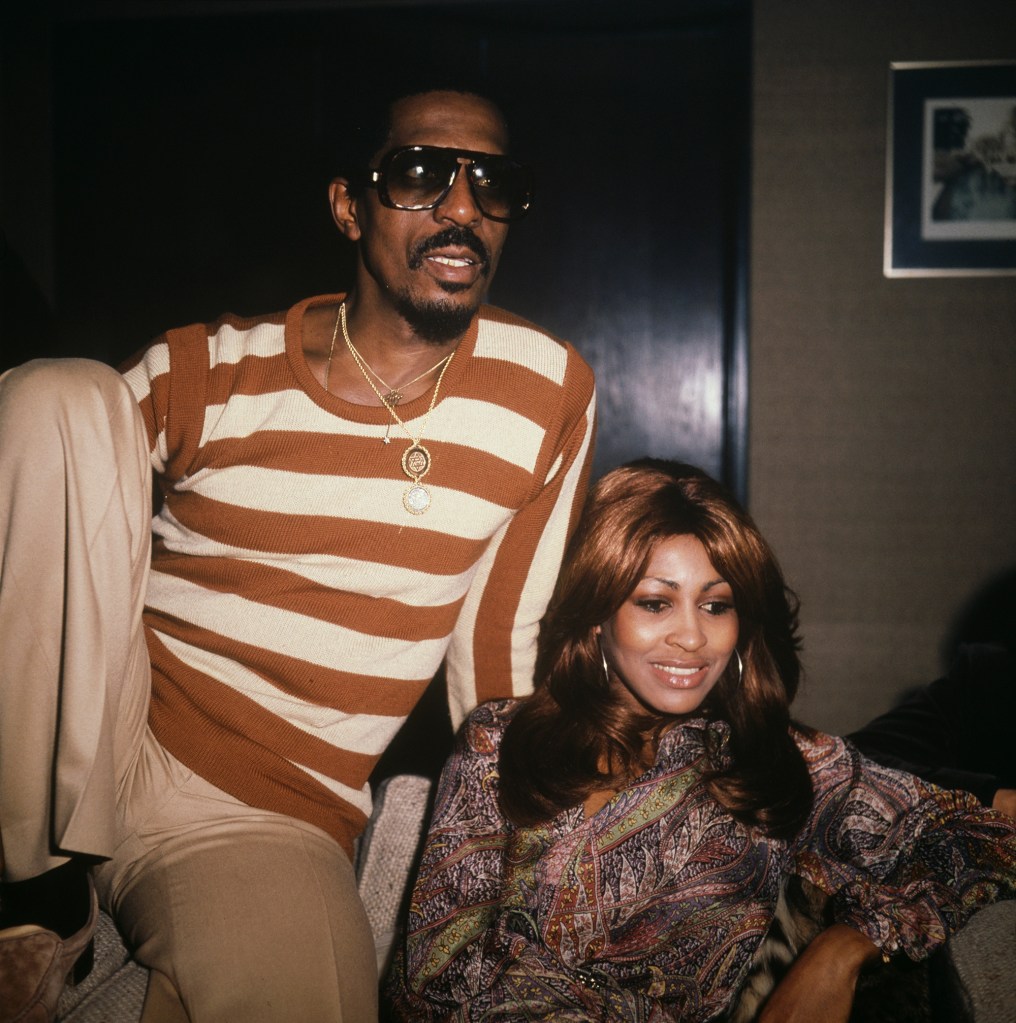 The marriage saw Anna Mae Bullock reborn as Tina Turner, in a duo who would become soul stars for almost three decades.

Her new name was so important to her that when she finally found the will to start divorce proceedings against Ike in 1976 — after years of beatings and psychological torture — it was all she asked to take from their stormy union.

Bach tells the program she still has nightmares about those dark days and is suffering from something similar to the post-traumatic stress disorder that cripples war veterans.

He says: “She has dreams about it, they’re not pleasant. It’s like when soldiers come back from the war. It’s not an easy time to have those in your memory and then try to forget.” 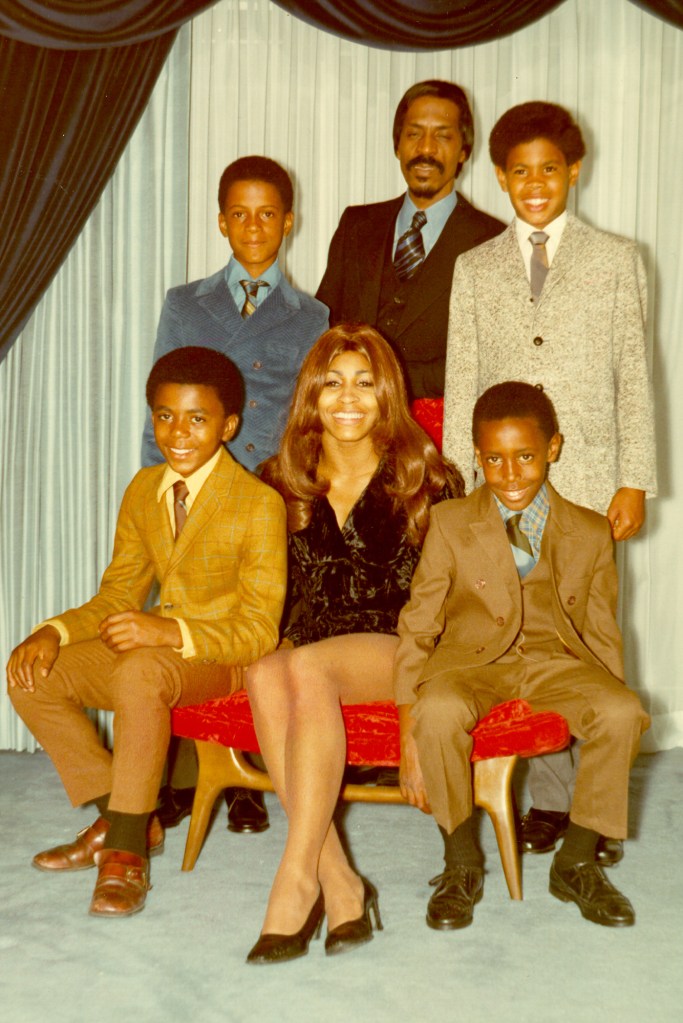 Tina, who first tried to escape from Ike with a sleeping pill overdose in 1968, admits: “That scene comes back. You’re dreaming it. The real picture is there, it’s like a curse.”

But the greatest antidote to the trauma is forgiveness, and she claims to be at peace with Ike, who died of an accidental drug overdose in 2007.

Tina says: “For a long time I did hate Ike, I have to say that. But then, after he died, I really realized that he was an ill person. He did get me started and he was good to me in the beginning. So I have some good thoughts. Maybe it was a good thing that I met him, that I don’t know.

“It hurts to have to remember those times, but at a certain stage forgiveness takes over, forgiving means not having to hold on.

“It was letting go, because it only hurts you. By not forgiving, you suffer, because you think about it over and over. And for what?”

In the ’80s, Tina reinvented herself as a solo artist. With hit albums such as “Private Dancer” and “Break Every Rule,” she joined the pantheon of global music icons.

She even became a film star, appearing with Mel Gibson in the 1985 action movie “Mad Max: Beyond Thunderdome.”

Her career has seen her win a dozen Grammy Awards, get a star on the Hollywood Walk of Fame and become the first black artist and first woman to appear on the cover of Rolling Stone magazine.

‘He was so good-looking. My heart went ba-bum’

That all changed when she met German record producer Bach while visiting Europe. She was 46 and he was 30, but it was love at first sight — though they didn’t marry until 2013. 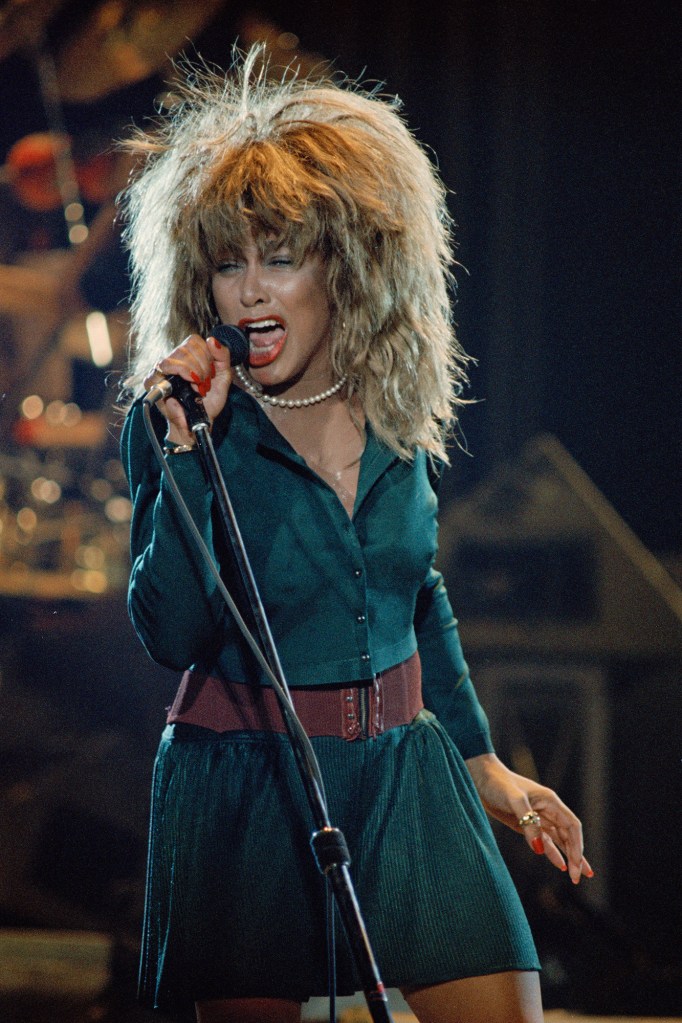 Tina recalls: “He had the prettiest face. It was like, ‘Where did he come from?’ He was so good-looking. My heart went ba-bum. It means that a soul has met. When he found out that I liked him, he came to America and we were in Nashville and I said to him, ‘When you come to LA, I want you to make love to me.’

“I thought that I could say that because I was a free woman, I didn’t have a boyfriend, I liked him.

“There was nothing wrong with it — it was just sex. And he looked at me as if he didn’t believe what he was hearing.

“He was just so different, so laid back, so comfortable, so unpretentious, and that was the beginning of our relationship.”

As love blossomed, Tina started to wind up her recording career, making her last album in 1999, at age 59. She gave her final performance in 2009. 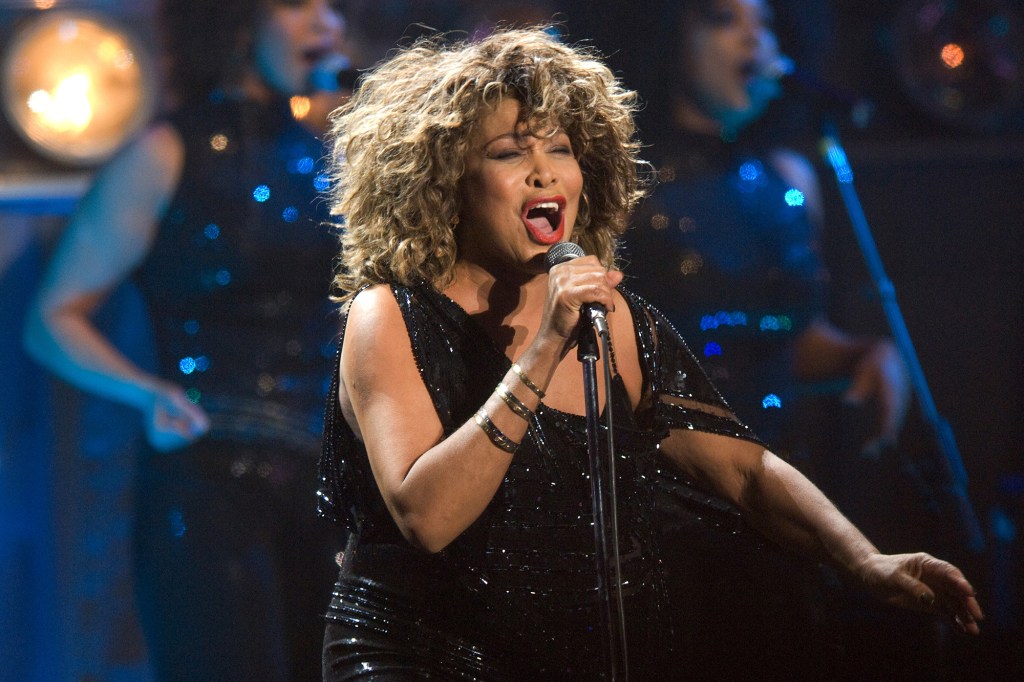 Last year, at 80, she briefly returned to recording, collaborating with producer Kygo on a dance reinvention of her 1984 anthem, “What’s Love Got To Do With It.”

The documentary also explores how originally she was deeply unsure about recording the song — which went on to be her only US solo No. 1 — as it was a pop track first recorded by British Eurovision winners Bucks Fizz.

‘He will always be my baby’

Nowadays Tina spends most of her time with Bach in Switzerland, where she lives permanently, having renounced her US citizenship.

But she has still known trauma in her life. In 2018, her son Craig committed suicide in Los Angeles, and after she scattered his ashes off the California coast, she said: “My saddest moment as a mother. He was 59 when he died so tragically, but he will always be my baby.”

Her most recent illness led to her kidney transplant, with Bach the donor. It was a risky process for such an elderly couple, but an inevitability, given that they remain madly in love.