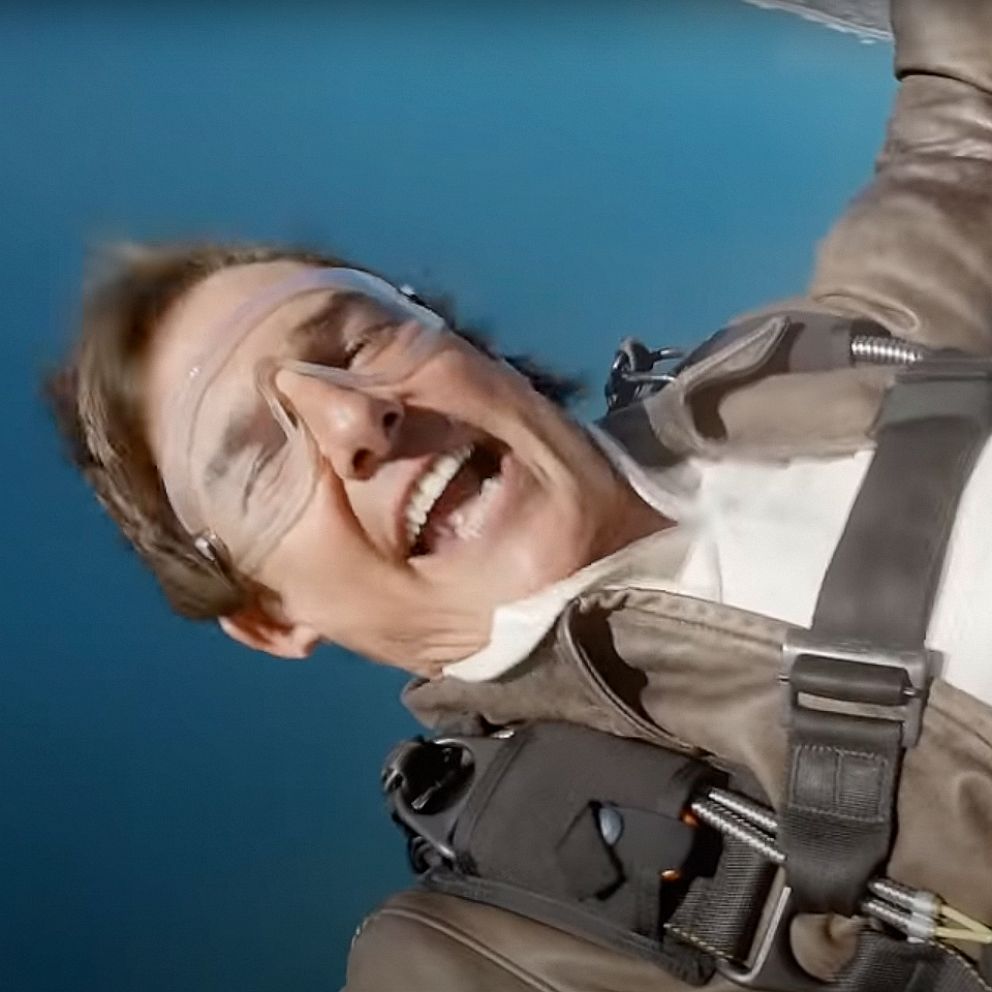 Tom Cruise shared a message while skydiving in honor of the success of “Top Gun: Maverick” and Paramount Pictures gave fans a behind-the-scenes sneak peek of “Mission: Impossible – Dead Reckoning Part One.”

The “Mission: Impossible” feature on Sunday detailed a truly absurd stunt Tom Cruise pulls off in the upcoming movie: a motorcycle jump off a cliff in Norway, leading to a BASE (buildings, antenna, spans and earth) jump hundreds of feet below.

The actor is shown gleefully being put through his paces by writer-director Christopher McQuarrie, skydiving trainers and other stunt people.

“I have to try to keep myself from smiling,” the daredevil superstar admits as he’s about to skydive in preparation for the stunt.

And speaking of skydiving, Cruise also filmed a special thank you to fans for making “Top Gun: Maverick” the No. 1 movie of the year.

He shot the message high in the air over South Africa while shooting another scene from the two upcoming M:I movies, which are being filmed mostly concurrently. 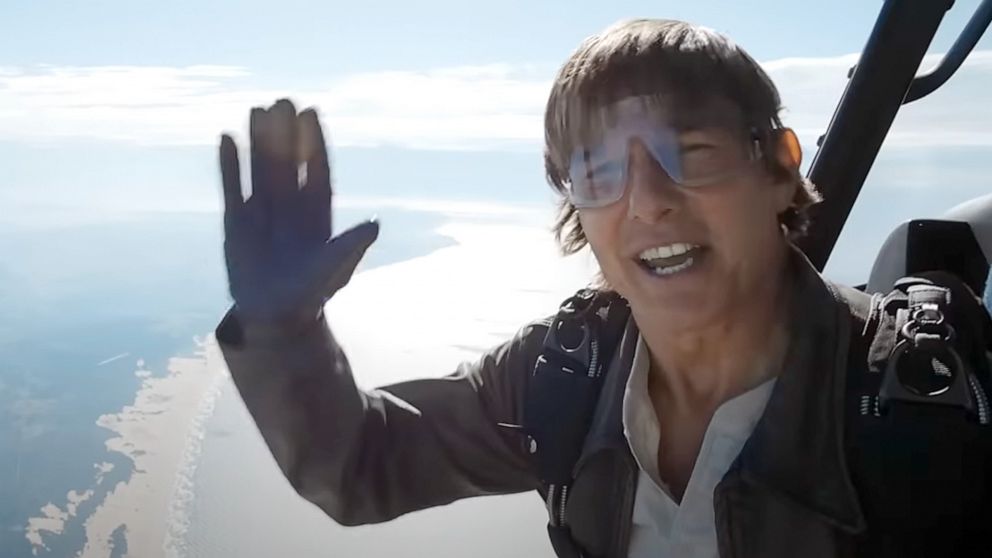 Tom Cruise before skydiving in a special announcement video about Top Gun: Maverick from the set of Mission Impossible.

Cruise begins the message in a helicopter, before continuing while free-falling.

“Thank you for supporting ‘Top Gun: Maverick’; as always thank you for allowing us to entertain you. It truly is the honor of a lifetime,” the star says as he falls.

Cruise notes that he’s running out of altitude to actually film what he needs to for the film, so he ends by saying, “You have a very safe and happy holiday.” 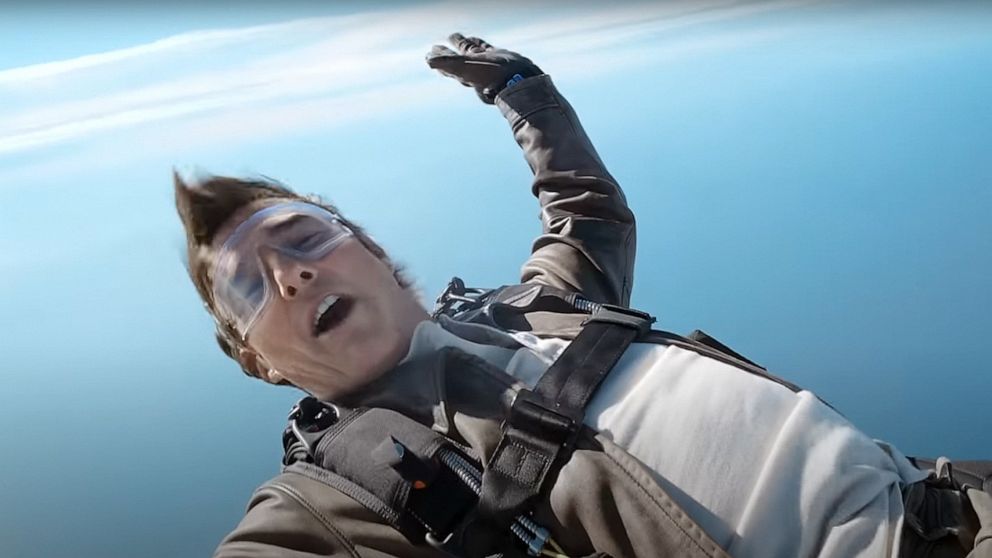 Tom Cruise skydives in a special announcement video about Top Gun: Maverick from the set of Mission Impossible.

He concludes with, “We’ll see you at the movies.”