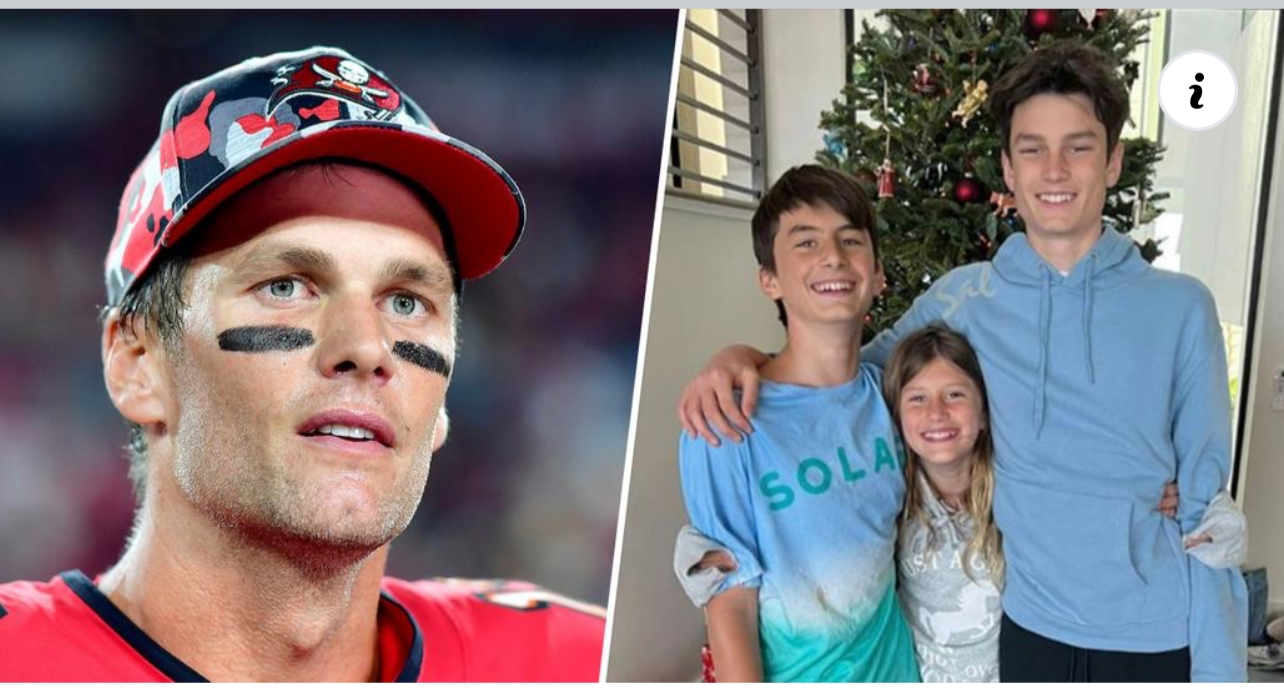 On Christmas Day, Tom Brady enjoyed spending time with his kids and gifting them special socks.

Tom Brady had a special Christmas celebration with his kids, Jack, 15, Benjamin, 13, and Vivian, 10.

On Dec. 27, the Tampa Bay Buccaneers quarterback shared a picture of his three children standing in front of the Christmas tree on his Instagram Stories, along with an animated image that Benjamin made.

The digital portrait of all three kids showed a bird sitting on Vivian’s head and a shirtless Benjamin smiling from ear to ear while he looked over at Jack, who had his arm over his shoulder.

“Benny’s Self Portrait 💯,” Brady wrote over the pic, before he showed the actual photo of his kids in front of the Christmas tree and called it “the real thing” with three red-heart emojis.

Brady also shared a snap of his kids’ Christmas stockings sitting underneath his TV and a few gifts that they might’ve gotten.

In one pic, Benjamin showed off a pair of socks that he was wearing, which said, “Do not disturb, I’m gaming,” at the bottom.

“This sums it up,” Brady wrote above the picture with two laughing emojis.

In another picture, Vivian showed off her red-and-green socks, which said, “Just a girl who loves horses,” at the bottom.

Brady’s sweet photos of his kids comes after he appeared on his “Lets Go!” podcast with sports commentator Jim Gray and former NFL star Larry Fitzgerald and told them he’d be spending Christmas Eve without his children in a hotel room.

“It’ll be a new experience that I’ve never had before that I’m going to have to learn how to deal with,” Brady said on the Dec. 19, episode of the podcast. “And I think that’s what life’s about.”

He continued, “So you just asked a question about, ‘What have you learned from this football season?’ I’m going to learn how to deal with Christmas Eve in a hotel.

“I’m going to have to learn how to deal with Christmas and Christmas night and still go out there and be a professional and then look forward to celebrating Christmas with my kids the day after, which is part of what football season has been for a long time,” he added.