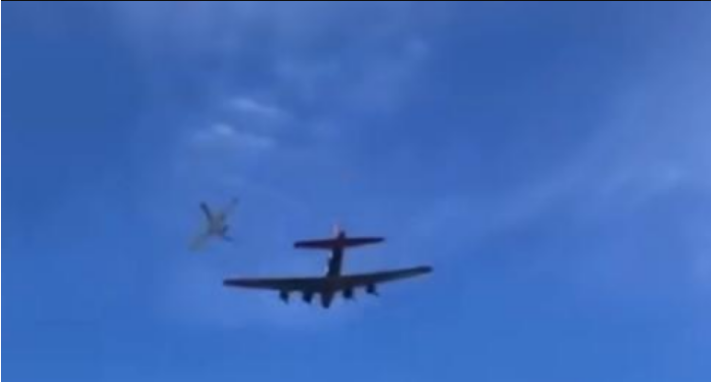 Two historic military planes collided in mid-air on Sunday during the Wings Over Dallas airshow at the Dallas Executive Airport on Saturday.

The FAA confirmed that a Boeing B-17 Flying Fortress and a Bell P-63 collided and crashed at about 1:20 p.m. The accident happened during the Commemorative Air Force Wings Over Dallas air show.

Video taken by witnesses at the airshow appears to show the planes flying toward each before colliding. Both aircraft crashed to the ground, causing fire and heavy black smoke.

Emergency crews responded to the scene of the crash, but it was unclear how many people were on the airplanes. Tickets for onboard tours of the B-17 were being sold online for $495 per person.

The crash is now under investigation. “The FAA and the National Transportation Safety Board will investigate,” the FAA said in a statement. “The NTSB will be in charge of the investigation and will provide additional updates.”

According to Dallas Police, falling debris from the crash shut down both the north and southbound lanes of Highway 67.