Uh Oh! Mary’s Hubby May Be In Trouble, Her New Legal Filing May Make Him Get None Of Her $$ 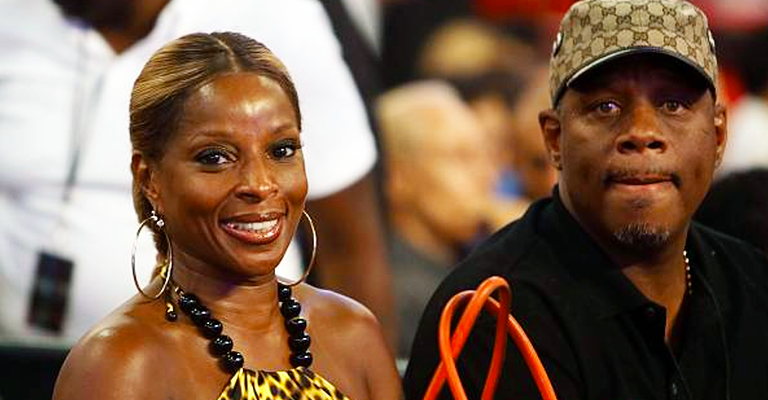 In her continued efforts not to pay her estranged husband/ex-manager, Kendu Isaacs, one red cent in spousal support, Mary J. Blige, just laid it on thick, as to why she should not and cannot pay him in new court documents.

From the looks of it, her new argument just made it much tougher for Kendu to get that $100K+ he’s demanding per month from Mary.

Just one month ahead of their divorce trial, Mary J. just filed new court docs, blaming Kendu for her financial downfall and claims that she barely has the means to fully support herself at this time, let alone a grown man. See details below…

Mary Says Kendu Should Not Get Any New $$ From Her New Movie
Apparently, Kendu may be under the impression that Mary made a huge amount of bread off of the recent Hollywood film Mudbound, in which she starred.

For her role, she earned a nomination for an Academy Award, but according to the “Real Love” singer, she didn’t earn a damn thing from it.

In fact, Mary stated, in new court docs, that her Mudbound role actually left her with expenses that were far larger than the paycheck she earned for her work on the film.

She also revealed that her financial downfall has forced her to have to seek new TV and film projects, but at this point, those still are not paying off financially for her either.

The only thing those projects are doing, is helping her to keep her brand and image relevant, with the hopes of eventually earning bigger paydays for future work.

Her Main Source Of Income
Although Mary’s TV and film ventures aren’t yet earning her a lotta income right now, she said that she’s staying afloat by doing what she does best, touring and performing for her fans. However, in the new court docs, Mary pointed out that because she’s a “legacy artist, there is no market for her to embark on a major world tour every year.” That means, the tour money is good, but not necessarily magnificent. She also argued that Kendu still should not get any of her tour earnings either, because it’s barely there, due to the debt he left her in…

She Makes No Money From Her Music
According to The Blast, Mary is making nothing from her music catalog, so Kendu can’t get that money either, apparently:

Via TB: As for her old music, Blige says she doesn’t own her music catalog, and in fact, she owes $25 million in advances she’s taken.

The Debt Mary Says Kendu Left Her In Is Major
Mary’s argument didn’t stop at the $25M’s she currently owes in record label advances, she then pointed out there is another $12 MILLION both she and Kendu acquired as a couple. The main problem is that she says he left her to pay the entire bill, without contributing a dime. Therefore, she’s stating in court docs, that for that reason as well, she should not have to pay Kendu anything in spousal support. As we told y’all a few months ago, Mary and Kendu owe millions in taxes. She also stated that Kendu has yet to seek a job and simply views her as a “bank.” Dayumn!

Like we said, Mary laid it all out there and the battle just got tougher for Kendu. They will get their final answer when they start their divorce trial in a month though. Meanwhile…

As we previously reported, a judge ordered Mary to pay Kendu $30K a month in temporary spousal support, which is about $70K+ shy of what he actually wanted monthly. In January (2018), Kendu filed new court docs of his own, asking the judge to grant him even more of Mary’s money and here’s why:
Claims Mary’s Earning Money Off Their Divorce…
It has been reported that Kendu ain’t happy about Mary’s new music, her latest appearances, and her tour. Apparently, he believes she’s profiting off their divorce. For that particular reason, Kendu wants more money. However, he isn’t stopping there. He’s also accused Mary of withholding his pay from the time he worked as her personal manager for her previous King & Queen of Hearts tour. For his work on that tour, he’s now demanding another $345,000.
Claims Mary Is Defaming His Character In The Media…
Kendu also insists Mary has been using interviews as an opportunity to defame and criticize him. He’s actually blaming Mary’s criticism for his inability to find another job, despite his “aggressive efforts” to do so, according to the publication:

“In fact, petitioner has financially benefitted from this divorce because she used it as a platform to promote her new music, album, and tour,” Kendu wrote in court papers, which were obtained by the publication. “Since the divorce was initiated, she has released at least two songs that have been dubbed her ‘divorce’ songs. The evidence will show that petitioner reaped a substantial profit from this divorce.”

With the latest filing, Isaacs is still arguing that he should be entitled to half of Mary’s earnings for work she did throughout their marriage.

He’s reportedly demanding “half of her royalties, residuals, and commissions that Mary earned from her music, film, and TV work during their nearly 13-year marriage.”

Kendu Wants Spousal Support To Support Himself & His Kids
After Mary originally filed for divorce in 2016, Kendu hit her with a long list of demands for his initial request of $129K+ monthly.

As we reported in October 2016, according to V103 Chicago, a full list of Kendu’s monthly demands is circulating on social media. Apparently, he wants everything from $8,000 a month for a private chef and $5,732 on groceries to $5,000 a month in child support for his two kids from a previous relationship.

He even wants a whopping $21,000 for monthly charities and $10,000 just for entertainment, gifts and vacations. Here’s the full list:

Via Daily Mail: In the latest [divorce] paperwork, filed to the Los Angeles Superior Court last week and seen exclusively by DailyMail.com, Isaacs seems to have dropped $20,000 of expenses- cutting requests for Mary to pay $8,000 for his private chef and $3,200 for his personal trainer, as well as other monthly reductions.

Mary Revealed Their Debt LeftHer Homeless After Divorce Filing
In January 2018, Mary dropped a bombshell revelation that she was homeless after filing for divorce and that music exec, Jimmy Iovine, and his wife stepped in to help her, by opening up their home to her:
When the Queen of Hip-Hop Soul received her star on the Walk of Fame, she tearfully explained just how important the defining moment was for her.

“I’m so grateful for this star right now because I’ve earned it probably three times,” Blige told the crowd. “I say that with confidence and not arrogance. I say it because I know that now, and I know my worth, and what this means.” […] “When all hell was turning loose in 2016 and I had to file and all of that stuff, I was homeless last year,” she added. “Jimmy Iovine took me into his Malibu home- him and his beautiful wife, Liberty- and I will never forget that.”

Hopefully Mary and Kendu can reach an amicable resolve once their divorce process is said and done.