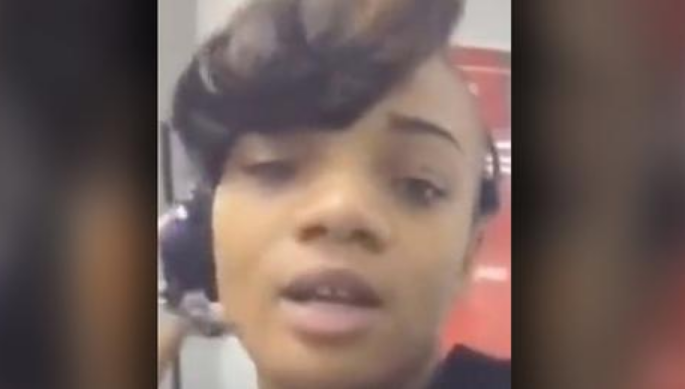 GloRilla’s rise to fame has been meteoric and it wasn’t too long ago the budding Memphis rapper was working a normal 9-5. Recently, video has surfaced of the “F.N.F. (Let’s Go)” rapper working at the drive-thru at Checkers.

On Tuesday (Nov. 29), TikTok user primeape09 shared a throwback video of Glo on Instagram Live while taking orders at the fast-food restaurant. The video begins with her joking with the people watching her Live, initially mocking one person for asking for free food. She later claps back at someone who joked with her about the gap in her teeth.

“‘What’s up, gap?’ Boy, you better get your ugly ass back before I block your little ugly lame ass,” GloRilla warns.

She quickly switches modes after getting a customer.

“A lot of people think ts happened for me overnight not knowing the hard work & passion I been putting in for years to get here!!” she captioned the photos. “I went thru humiliation, no support allat ! I done cried so many nights in my pillow because i felt like I wasn’t elevating but I never gave up !! Always said WHEN & not IF , Manifestation is real !!! I had lost so much shit before FNF ! Friends, Family, I was sleeping on Gloss & Teezy Couches , Broke AF making ts look good tho 😂I say all this to say NEVER GIVE UP ON YO DREAMS SHIT CAN CHANGE IN A BLINK OF AN EYE !!!!!! & y’all gotta know it don’t stop here I FOREVER got my Foot on they necks I’ll never let up it’s so much more from where this came from 💞LETS GOOO.”

GloRilla is on the heels of releasing her major label debut project Anyways, Life’s Great… earlier this month, which features the hit single “Tomorrow 2” featuring Cardi B.