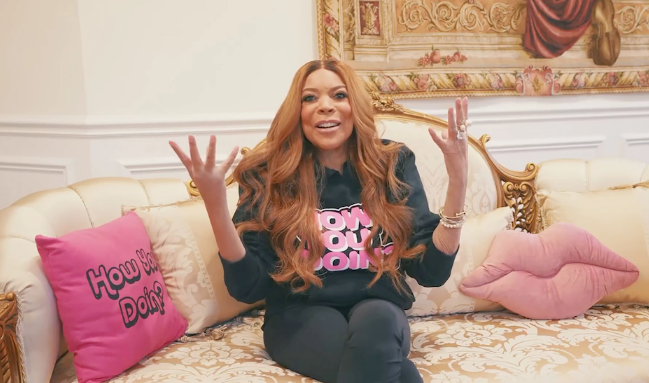 The former daytime talk show host shared a video on Instagram Saturday to promote merchandise for her forthcoming podcast, “The Wendy Experience,” and showed her fans just how well she’s doing after a stint in rehab.

The video, which was posted on Christmas Eve, included a link to where the Emmy nominee’s “co-hosts” can purchase hoodies and baseball hats that feature many of her most famous catchphrases, such as, “How you doin’?”

“Wendy you’re are loved!!! Excited for what have you share with the world in 2023!!! ,” commented one follower.

“So happy we get to@hear your voice and thoughts again. Ain’t nothing like your tea and opinion ,” wrote another.

The former shock jock has been slowly returning to the public eye since completing a two-month rehab stay in October for alcohol abuse. One month later, she appeared at her former radio station WBLS’ annual Circle of Sisters event looking happier and healthier than ever.

Despite the improvement in Williams’ personal life, her 22-year-old son, Kevin Hunter Jr., hit a setback when he was evicted from his $2 million Miami apartment in September for failing to pay rent since February because his mother had lost access to her finances.

See Wendy’s video below. We’re happy she’s still here with us too — although it IS a little bizarre she’s on the internet selling merch for a podcast that doesn’t exist.