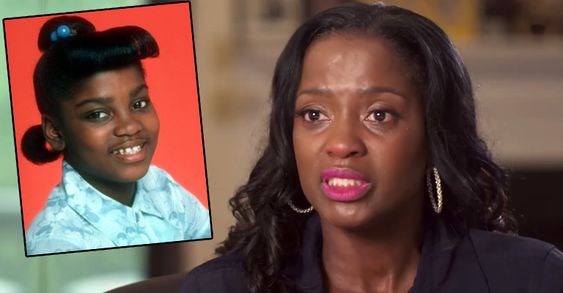 All of us, Old Schoolers, remember how “Dee” brought us joy and laughter on “What’s Happening,” but actress, Danielle Spencer-David’s, real life brought her tremendous pain, struggles, and thankfully…strength. However, before her strength kicked in, Danielle almost committed suicide in more recent years and she painfully explained why.

As we’ve previously reported, Danielle has been through a LOT in her 57 years of life. She’s survived a deadly car accident in 1977 (at the height of her “What’s Happening” career) that killed the man who introduced her to acting- her stepfather, Tim Pelt. He died while shielding Danielle as a truck rammed into them on a highway; The accident left Danielle in a 6-month coma, partially paralyzed for a while, permanently stricken with spinal stenosis and forever dependent on crutches to walk. But decades later, there was a totally different pain that struck Danielle’s world…one that made her want to take her own life.

In an interview on “Oprah’s Where Are They Now,” Danielle became very emotional when recalling how in 2014, at age 49, she seriously contemplated suicide after getting a double mastectomy (both breasts removed) to eliminate breast cancer from her body and attempt to prevent it from further spreading. See what else Danielle tearfully explained in the video below…

By 2018, Danielle experienced another traumatic health setback. She had to undergo emergency brain surgery, to remove a bleeding hematoma from her brain. According to her friends, Danielle was rushed to the hospital on the 42nd anniversary of her childhood car accident. Danielle’s doctors believe the bleeding hematoma was another side effect from the same car accident Danielle had endured as a child.

At the time of her surgery, Danielle’s friends started a GoFundMe page to raise funds for Danielle’s recovery.

Ever since 2018, Danielle Spencer has seemingly stayed out of the public eye and her Instagram page has been inactive. Her husband, David L. David, has presumably been taking good care of her. We sincerely hope Danielle’s thriving and doing well these days. Wishing that queen all the best…she is a TRUE warrior. 🙏🏾