Why Amal and George Clooney Are Raising Their Children Like Ordinary People, Despite Their Wealth and Popularity 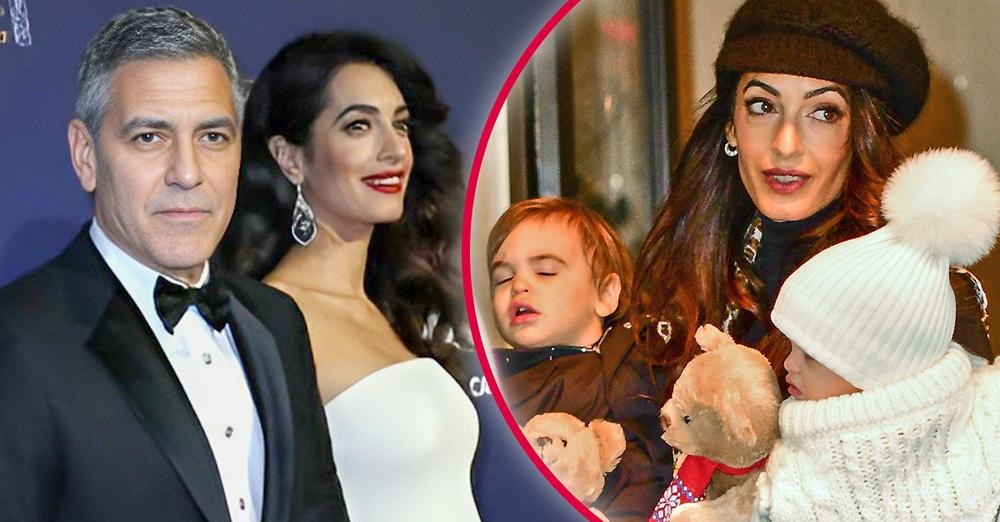 Amal and George Clooney are seen as the perfect role models. In addition to being affectionate to one another, they are also exemplary parents. The couple rarely reveals any details about their personal lives, but they do speak openly about their approach to raising children. We think there’s a lot of wisdom in their outlook.

Before meeting each other, George and Amal had no plans to have children at all. Amal was building a successful career as a human rights lawyer, while George was involved in various relationships with some of Hollywood’s most beautiful women, like Stacy Keibler and Renée Zellweger, and had no intention of settling down and becoming father of the year. But that all changed when they met.

“We just felt we’d gotten very lucky, both of us, and we should share whatever good luck we’ve got. It would seem self-centered to just have that belong to us,” commented Clooney on their decision to become parents. At the time of the twins’ birth, the actor was 56, and his wife was 39. The couple prepared for their new roles as they immediately realized the extent of responsibility that falls on their shoulders. Moreover, George had one thought constantly going through his mind, “I hope I don’t screw this up.”

Despite her celebrity status and financial wealth, Amal has decided to take on all the maternal responsibilities to the fullest, and she is thrilled with the role. According to her, she has spent a year looking after her son Alexander and daughter Ella without any help from anyone else. Like her mother once did, she also did the dishes and the laundry herself.

The lawyer did go back to work, but not even then did the couple hire full-time help. The nanny comes to the Clooney household four times a week. The rest of the time, the parents look after their children themselves.

“I have such admiration for my wife because she’s breastfeeding them and getting about two hours of sleep per interval, and the love they have for her is a sight to see and it’s beautiful,” the actor shared enthusiastically in 2017. George and Amal are used to supporting each other in everything, and so, with the arrival of their children, they simply gained another common interest.

Sharing parenting duties has helped the couple establish a balance between work and family life. The actor could have never imagined that, at any point in his life, his main task would be to change diapers. But fate is unpredictable, and, according to his wife, he has excelled in this endeavor.

Another characteristic of this family is that their children started to learn several languages from an early age. This passion must have come from their mother. George jokes about himself, “I’m from Kentucky, English is my second language.” Amal, on the other hand, was born in Lebanon. When she was two years old, her family moved to England. She is fluent in English and French, and also speaks Arabic.

During a TV appearance, the actor once revealed that already at the age of five, their daughter and son speak three languages. In addition to English and French, the siblings are learning Italian, which, incidentally, neither Clooney nor his wife can speak. This allows the twins to keep their own secrets from their parents.

The Clooneys next rule of thumb is that, although they are both extremely busy, they try not to be apart for long periods of time. When work does force Amal and George to be apart for a while, they stay in touch via video calls. This way, even though their work schedules are busy, the family still spends a lot of time together.

While some celebrity parents are happy to share pictures on social media of their children growing up, the Clooneys are doing their best to avoid it. The actor and the lawyer make a point by not having their own social media pages. Moreover, they are strongly opposed to any outside interference in their twins’ lives. So, when the paparazzi climbed over the fence of their home to capture some photos of the babies, Clooney decided to punish them to the fullest extent of the law.

The couple has openly appealed to the press, urging them not to publish photos of their children. The parents want to allow Alexander and Ella to live normal lives, just like other children. They even chose fairly common names for the twins to add some “normalcy” to the twins’ already unusual lives.

The star couple knows first-hand how this “normalcy” can sometimes be lacking. George was raised by a beauty queen and a TV presenter. Amal was also lucky to be born into a famous family — her father comes from a long line of respected ancestry.

That’s why they decided to raise their children differently. “It’s challenging to remind children who have been born into this glass of celebrity and money to have empathy for people who aren’t as fortunate as they are. That’s going to be Amal’s and my job to teach our children, and it’s an important one.”

George believes that there are people who see having a child as their lifelong goal. Without parenthood, they feel incomplete. That wasn’t the case with him. He didn’t feel sad about being alone until he met Amal. It was with her that Clooney got the yearning to have children.

“[It’s given me] a sense of belonging and a sense of home and unconditional love — all the things that you were hoping you could get from a really good career and a dog. You realize that this is a lot more than that,” the actor says.

Why do you think many people see parenthood as their main goal in life?