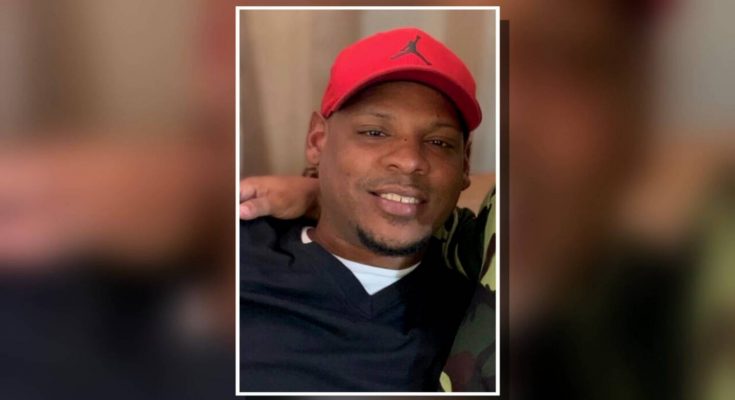 CLAYTON COUNTY, Ga. — A woman who said she had been searching for her brother for days found out he had died inside the Clayton County Jail.

Laterral England said her brother, Terry Lee Thurmond, left his phone at her house on Thanksgiving, and she hadn’t heard from him since.

“We were just together, chilling on the couch watching a movie,” England said.

It wasn’t until after his death that she learned the father of three had been arrested for trespassing at Hartsfield-Jackson International Airport and later died in police custody.

The report stated that Thurmond was trying to jump over a railing between eight and nine feet high when other inmates and detention officers stopped him.

When Thurmond got back on his feet, he kept resisting and was Tased, the report reads. It goes on to say that Thurmond was held down by officers for ten to 15 minutes while laying face down.

Several minutes later, the Taser prongs were removed from Thurmond. Several minutes after that, a nurse began chest compressions and Thurmond was unresponsive, the report said.

England said she wants answers about her brother’s death.

“When they Tased him, did he fall? Did he hit his head? What happened?,” she questioned.

She says her brother suffered from mental illness and often did not take his medication and had been in the Clayton County Jail before as a result. England wants authorities to release video footage of the incident.

“He’s sweet. [He] had a bit of a trouble, and I think it’s mostly because he had mental problems,” she explained.

The Georgia Bureau of Investigation told Winne that they are limited in the questions they can answer, but are conducting an investigation.

The report Winne obtained said there is video of the incident.

Clayton County District Attorney Tasha Mosley says she is waiting on the completion of the GBI’s investigation.