Young M.A. Pregnant Has Been Trending On Twitter For Days, Rapper Has Yet To Respond 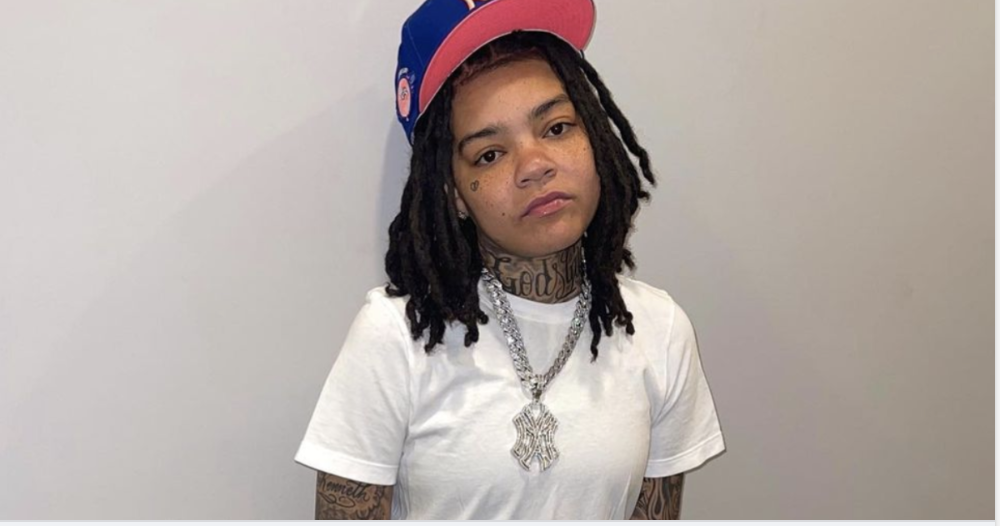 Katorah Kasanova Marrero, better known by her stage name Young M.A, is an American rapper known for her hit record “Ooouuu.” Celebrated for her masculine presenting persona in a sea of ‘overly-explicit’ women, it has been something that has ultimately backfired on M.A, as she is often at the receiving end of jokes aimed at her gender and gender expression. The latest meme is one that people believe that Young M.A might be pregnant and expecting her first child.

Young M.A boasts over 2 million monthly listeners on Spotify. “Ooouuu” is not only certified quadruple platinum but also has over 200 million streams and 300 million views on Youtube. The Brooklyn native scored her Billboard top 20 hit in May of 2016 and was immediately touted as the next rapper to watch. She dropped her debut album, Herstory, in 2017 and has followed it up with four full-length projects, the last being 2021’s Off the Yak.

As one of the first openly queer, masculine presenting female performings, Young M.A has gotten a lot of flack from people who do not understand her. Unlike other acts like Missy Elliot, Queen Latifah, or Da Brat, who all kept their sexuality a mystery despite very male presenting images, M.A has never been shy about how she expresses herself. M.A has gone on record to say that she would never date a man but told Hollywood Unlocked’s Jason Lee that she is not a lesbian either. “I’m just Young M.A.” she declared.

Despite making her preference public, some men have still opted to try and shoot their shot at M.A. Kodak Black famously called her out in a song, “I’m [expletive] Young M.A, long as she got a [expletive].” She fired back, saying he was weird and not her type. Kodak responded, saying, “how are you a girl but don’t want your p—- penetrated?”

The uncomfortable exchange is a regular thing for Young M.A, as she is constantly the subject of people curious about her genitalia and sexuality. The latest discussion surrounding Young M.A is whether or not she is pregnant. This is because someone doctored a June image of her throwing up a middle figure to look like she was carrying a child. “Young Ma really pregnant,” said the person on Twitter who reshared them. “What y’all wearing to the baby shower?” asked one person. “Single mother and a deadbeat father at once,” responded another fan with a photo of 50 Cent. The funniest response was one person saying, “I Know Nick Cannon did this.”

Another person saw how problematic this was and Tweeted, “People’s fascination with Young Ma being pregnant & impregnating a masculine-presenting Woman is odd to say the least. It’s also extremely heteronormative because she is still very much a woman, very much Queer, & is allowed to get pregnant without the desire to be with a man.”

Despite the rapper trending for the last few days, she has yet to respond to any of the speculations.